Surviving the Road with a Toddler

It’s been a few years since we made a trip to the beach, so you can imagine my excitement when my mother-in-law contacted us for a spur of the moment beach trip! *Cue excited screech and happy dance*

Not only was I thrilled to dip my toes into that salty water, but I was even more excited because this was little A’s very first trip to the beach! After 5 minutes of excitement, it really started to sink in. I had signed up for 8 hours worth of driving with my rambunctious, uncontainable 16-month-old. 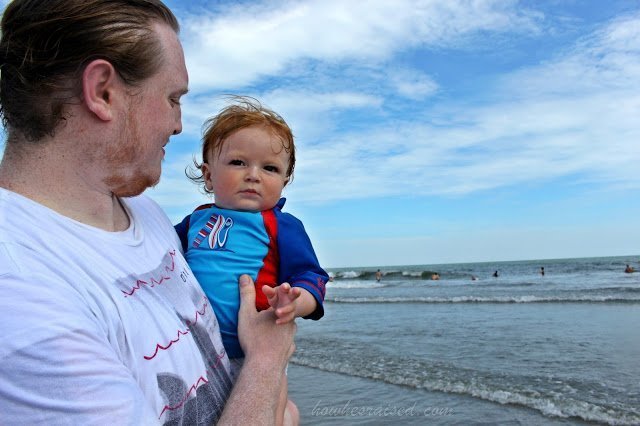 Little A is still teething pretty hardcore (I mean, when is he not?), so I was definitely kind of worried about the trip. At the same time, it was settled, we were going to the beach. And, to the beach, we went. And we had a wonderful time. Little A is a total water baby, so the salty waves were right up his alley. The water totally grossed him out, but it never stopped him from splashing and enjoying it.

Our little day road-trip consisted of a wide range of reactions from little A. From excitement and happiness to sleeping, to screaming bloody murder-we dealt with it all. These are my top tips for surviving the road with a toddler. 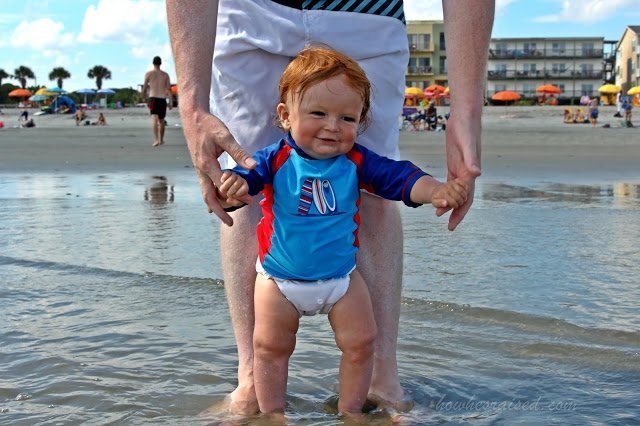 I don’t know about you, but here in my house snacks are a lifesaver. Whether it be Cheerios or little bits of fruit, the best snacks are the ones your toddler can easily grab with their chubby fingers, and feed themselves. We have a little snack cup that I like to put things into so he can access them without a problem. Little A stayed pretty content with a sippy full of homemade juice, and some Cheerios! 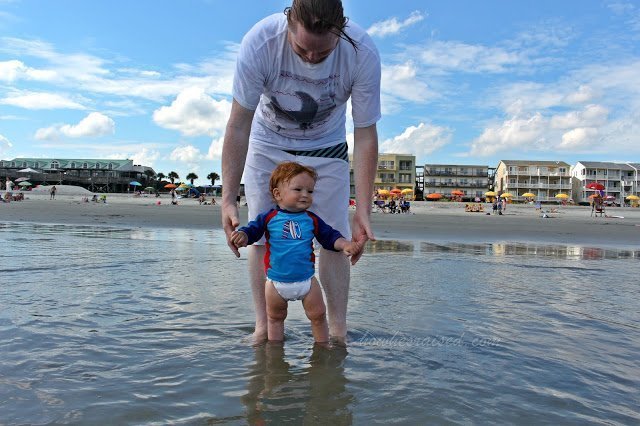 Halfway to the beach, we stopped and picked up one of my best friends. She has childcare experience, so I knew little A would have a blast around her. Thankfully, during the periods that he would begin to get fussy, she could soothe and distract him. It really was such a help to have her riding with us. 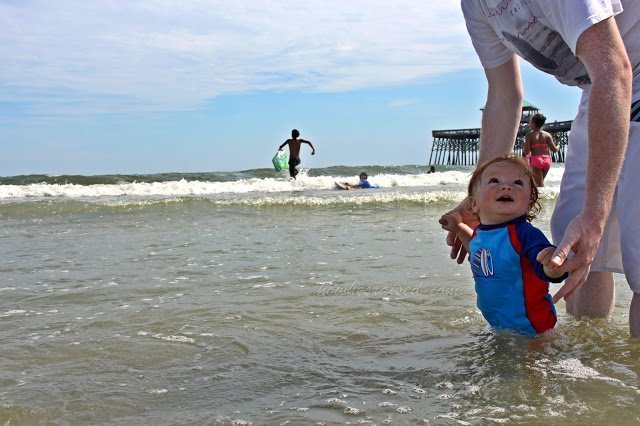 Honestly, I think the most important thing is to keep them busy. Toddler brains are active little things, so staring at the back of the car really isn’t going to keep them happy for very long. We brought along several toys, especially ones that he hadn’t played with in awhile. Next time, I think we’re going to load some music and videos onto the iPad because I think that would be beneficial! 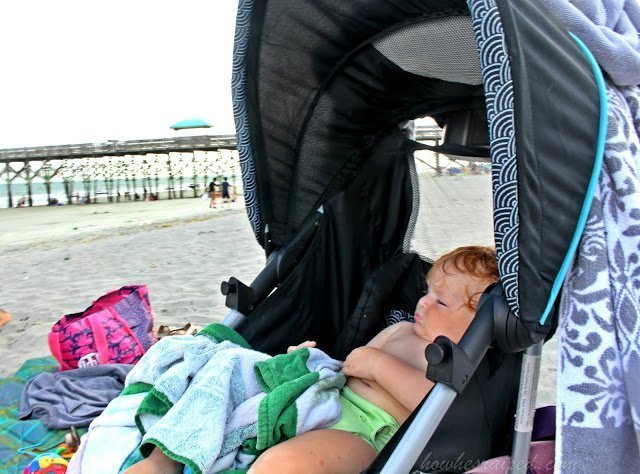 When it’s all said and done, there is no shame in pulling over and calming your baby down. About halfway home, little A woke up and started crying. We were literally in the middle of nowhere, so we turned on some music and hoped to soothe him back to sleep. It wasn’t working. In fact, the crying quickly escalated to screaming bloody murder so we had to pull off somewhere. After a quick nursing session, he was happily sleeping, and we were on our way.

Overall, I think it’s just the work-up that really gets you going. I was so worried that he would be miserable the whole time that I was more anxious before the trip than during it! I’m so happy that we were able to go, and I think my little beach bum was too.