Burning, itching, and oh-so uncomfortable. The yeast infection. We’ve all been there, and the only thing you can think about in the midst of one is the fastest way to get it to go away. But, before we can get rid of it, it’s important to know what caused it in the first place. After all, what could be worse than getting a yeast infection? Getting it again.

What is a Yeast Infection?

Yeast, most specifically the species Candida albicans, is a fungus that naturally resides in the microbiota of humans. Under normal circumstances, it is a benign inhabitant of our body, but certain scenarios and environments can allow it to thrive and become a serious problem. This problem is often referred to as a yeast infection and can appear in a number of different ways throughout the body, with the most common presentations being genital yeast infections, candida overgrowth on the skin and nails, and oral thrush. Candida thrives especially well in warm, moist areas which is why the vagina and mouth are often affected, but an infection can also appear in other folds of the skin, like under the breasts, between the skin and nail, and between the thighs.

Symptoms of a yeast infection

Depending on the area affected, the symptoms of yeast overgrowth can vary. But, one result is always the same: it’s never fun.

Rash: This is the most common symptom of those suffering from candidiasis of the skin, and is most commonly seen in infants or toddlers as diaper rash. Yeast rashes are often long-lasting, not responding well to typical treatments, have raised, well-defined edges, and are typically deep red in color.

Thrush: This is the term used for oral yeast infections. The telltale sign of thrush is a white coating on the insides of the cheeks and tongue, it is often painful and causes difficulty when swallowing. Many sufferers report feeling as if there is food caught in their throat. If left untreated, this type of yeast infection can spread beyond the esophagus and cause fever.

What Causes a Yeast Infection?

There are many factors that can come into play when creating an environment perfect for the fungus to grow. Some medications contribute to the development of a yeast infection. Birth control pills, for instance, increase hormones like estrogen in the body which make the vaginal pH more likely to be thrown off resulting in an imbalance of good vs. bad bacteria. Antibiotics, while often extremely effective at killing bacteria in the body, are also unable to distinguish the difference between necessary and harmful bacteria. Because the beneficial bacteria in your body are killed off during antibiotic use, you become significantly more susceptible to developing a yeast infection. Many women also develop yeast infections during pregnancy because, similar to birth control pills, hormone levels are higher and vaginal pH struggles to remain level. Other common causes for yeast infections are uncontrolled diabetes, lowered immune function, poor eating habits, and stress.

While many prescription, and over-the-counter fungal treatments exist, they often come with undesired side effects. These side effects can range from mild irritation (which, aren’t you already irritated enough?!), to full-blown allergic reactions. Over the counter creams, such as Monistat, come with high likelihood of reaction and prescription antifungals, such as Diflucan, come with a side-effect list long enough to make you run the other way[1].

Most of the time, yeast infections can be easily treated at home with symptoms improving (or disappearing completely) after only a day or two of treatment. 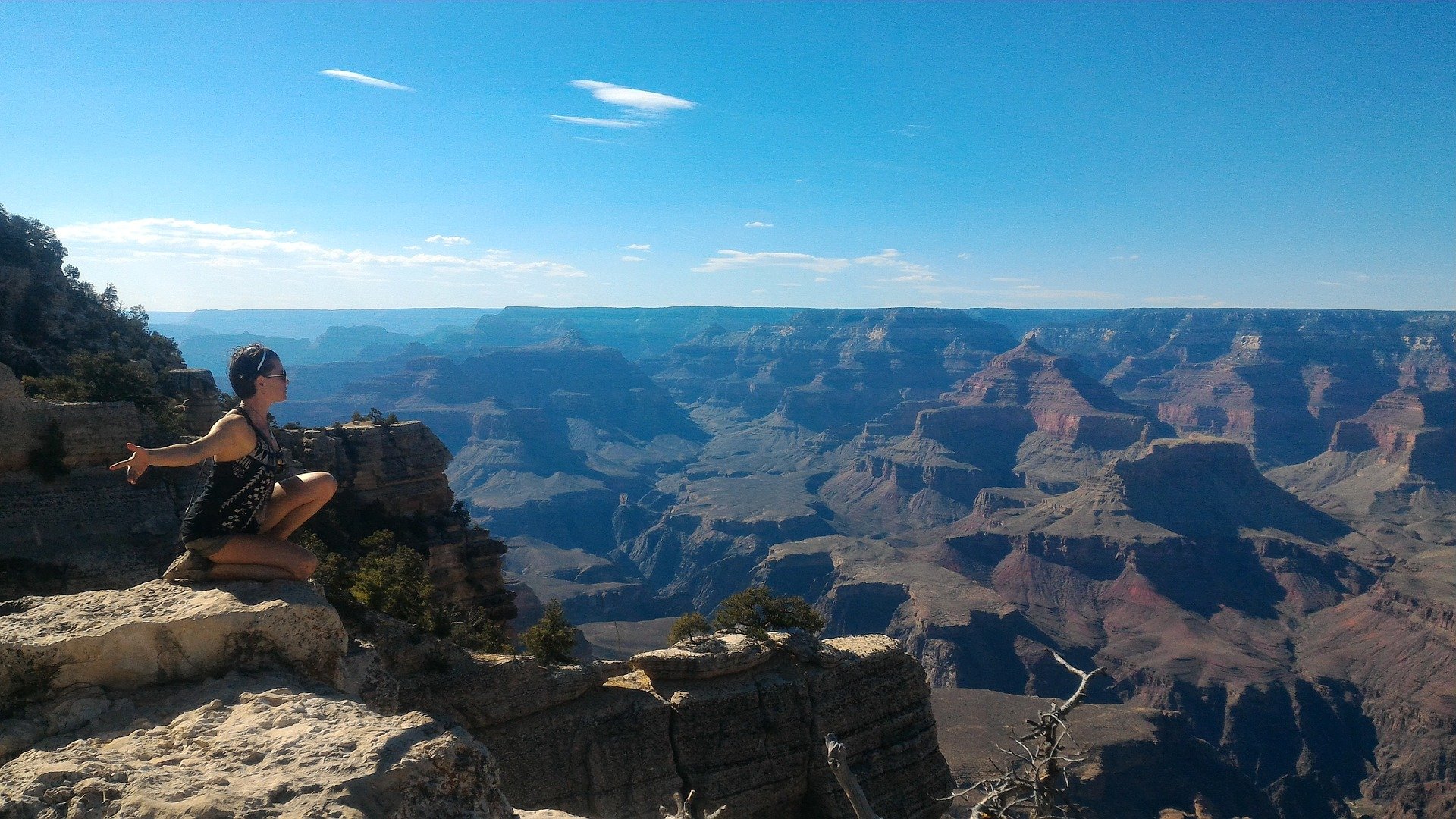 One of garlic’s main medicinal component, allicin, has been extensively studied against a range of ailments. Scientists continue to be intrigued and amazed by the benefits that garlic has to offer. Many people have found incredible relief when using raw garlic to treat a yeast infection. One study examined the effects of fresh garlic extract against samples of traditional Candida albicans, and Candida albicans which had shown resistance to antifungal medications[2]. The garlic extract showed significant activity against both types of candida and, within 48 hours of exposure, the fungus was greatly reduced. Another study compared the use of allicin vs. Diflucan against a systemic yeast infection. Even in low concentrations, allicin was able to structurally destroy the fungus, and a time-kill study showed its effect was comparable to Diflucan in treatment[3].

Allicin supplements are one of the most effective ways of getting a large amount of this amazing substance into your body, but swallowing 2-3 raw garlic cloves throughout the day will also prove extremely beneficial against a yeast infection. For a vaginal yeast infection, I have used a cut garlic clove as a vaginal suppository, which worked absolute wonders! For comfort purposes, it’s best to use this type of treatment overnight. And, don’t be alarmed if it gives you a slight garlic taste – this is normal!

I’ve touched on oregano’s staggering antifungal properties before, which make it such an effective treatment against Candida overgrowth. Carvacrol, oregano’s active component, has proven itself time and time again as a great choice when dealing with fungal overgrowth. In 2004, a study was published that examined the effects of carvacrol as a yeast preventative and treatment in an immunosuppressed model[4]. Using this approach as a preventative (for example, while taking antibiotics) showed complete eradication of the vaginal fungal burden. When used as treatment for an active yeast infection, this substance reduced the number of active colonies by 99% within 10 days. Another study showed that, once treatment with carvacrol began, the growth and continuous spread of Candida was completely inhibited[5].

supplement. One of my favorite ways is to encapsulate 1-2 drops of oregano oil diluted in a carrier oil, like coconut or avocado oil, and take it by mouth daily. After 3 days of treatment, this can be increased to two pills per day. Because large amounts of oregano have been shown to increase blood flow to the uterus, and induce menstruation, this treatment should be avoided by pregnant women.

As more and more antifungal medications become available, new drug-resistant forms of Candida pop up[6]. Candida albicans have been found to have the highest susceptibility to coconut oil and many scientists are now urging its use, over many medications, in the treatment of fungal infections[7]. One study hypothesized that an increase in dietary fat would limit the growth of candida in the gut, and discovered that when mice were fed a high-fat diet containing coconut oil, the colonization of fungus were significantly lowered. This finding is helping aid coconut oil’s defense as an ingredient beyond food and into medicine, and it could become “the first drug-free way” to reduce Candida overgrowth[8]. Another study found that coconut oil’s benefits against Candida could be compared to popular antifungal creams. Because of its potent ability to penetrate and alter cell walls, yeast microbes are extremely susceptible to coconut oil. The natural substance works by inhibiting the enzymes that help with nutrient transfer, essentially starving the yeast out[9].

Applying coconut oil to the affected area, as well as increasing its use in the diet can be extremely effective against yeast infections.

Many researchers continue to explore dietary changes and natural remedies in the treatment of yeast overgrowth, because traditional medications have shown significant disadvantages. The probiotic, or beneficial bacteria, Lactobacilli is naturally occurring the human digestive tract, and provides a whole host of benefits. This beneficial bacteria can be found in lowered concentrations in those who suffer repeat yeast infections, so supplementing with it could reduce or extinguish those awful symptoms. This is primarily because these bacteria help fight against, and reduce numbers, of harmful microbes, like Candida[10]. This organism is also found in many yogurt samples which contain live cultures, so yogurt continues to be a favorite amongst those treating their yeast infections at home[11]. Bifidobacterium are another common strain of probiotics that have been successfully used against yeast. This strain greatly inhibits the growth of the fungus, decreasing severity of the infection, while also inhibiting negative effects on the host[12].

Probiotic supplementation, especially with these two bacterial strains, and the addition of yogurt into the diet can be extremely effective tools against candida overgrowth. For a visible yeast infection, like those in the mouth or vagina and on the skin, applying yogurt in and around the affected area and letting it sit for 5-10 minutes once or twice per day can reduce yeast colonies more quickly, resulting in faster relief.

Not actually a medication, gentian violet is really a dye harvested from Gentian,, a striking blue-purple flowering plant. It is extremely vibrant in color, and has the ability to stain everything, from skin to fabric. It is probably this reason that it is not more commonly suggested as a treatment for yeast, despite the fact that it is quite efficient. This remedy is often used in the treatment of oral thrush for those with compromised immune systems (such as HIV/AIDS patients), and infants[13]. With a long history of use against yeast, science is now beginning to praise its antimicrobial benefits[14]. It doesn’t take a high concentration at all (0.5-1%) to be effective against Candida and gentle on the user[15].

Gentian Violet is often not difficult to acquire, and one bottle will often last for years and years. For oral thrush, the easiest application is by covering a q-tip and coating the inside of the mouth with it. For young infants, dilution with water may be necessary. As stated before, this substance can stain literally everything, so applying at night before bed is often most preferred.

If you’ve ever made a loaf of bread, you’ll realize that when activating the yeast, it is necessary to add a few tablespoons of sugar. This won’t affect the sweetness of the bread, rather it is required to feed the yeast. Candida bacteria obtain their energy from sugars, and it is for this reason that patients with uncontrolled diabetes tend to suffer from recurrent, chronic yeast infections[16]. Interestingly, it has been revealed that fructose, the naturally occurring sugar found in fruit and honey, can inhibit growth of candida, helping to prevent infection. However, glucose, the sugar found in foods high in carbs like bread and pasta, and sucrose, or table sugar, significantly increase the presence and growth rate of Candida[17]. For this reason, immediate changes in sugar intake should be examined by those with a yeast infection.

In those who suffer repeat yeast infections, a closer look at long-term diet changes may be necessary.

Yeast infections, while extremely common, can also be misdiagnosed at home. For this reason, it is so important to be properly diagnosed before turning to any over the counter medications, as this can just further the issue and potentially result in antifungal-resistant forms of Candida attacking your body. Even after being diagnosed by a health professional, you can still choose to attempt home remedies first to rid yourself of the infection. Avoiding unnecessary use of antibiotics, and taking a more natural route to family planning and birth control can help reduce your chances of developing a yeast infection. If symptoms of a yeast infection persist for longer than a month, despite attempts to treat it at home, it may be in your best interest to seek a more aggressive route.