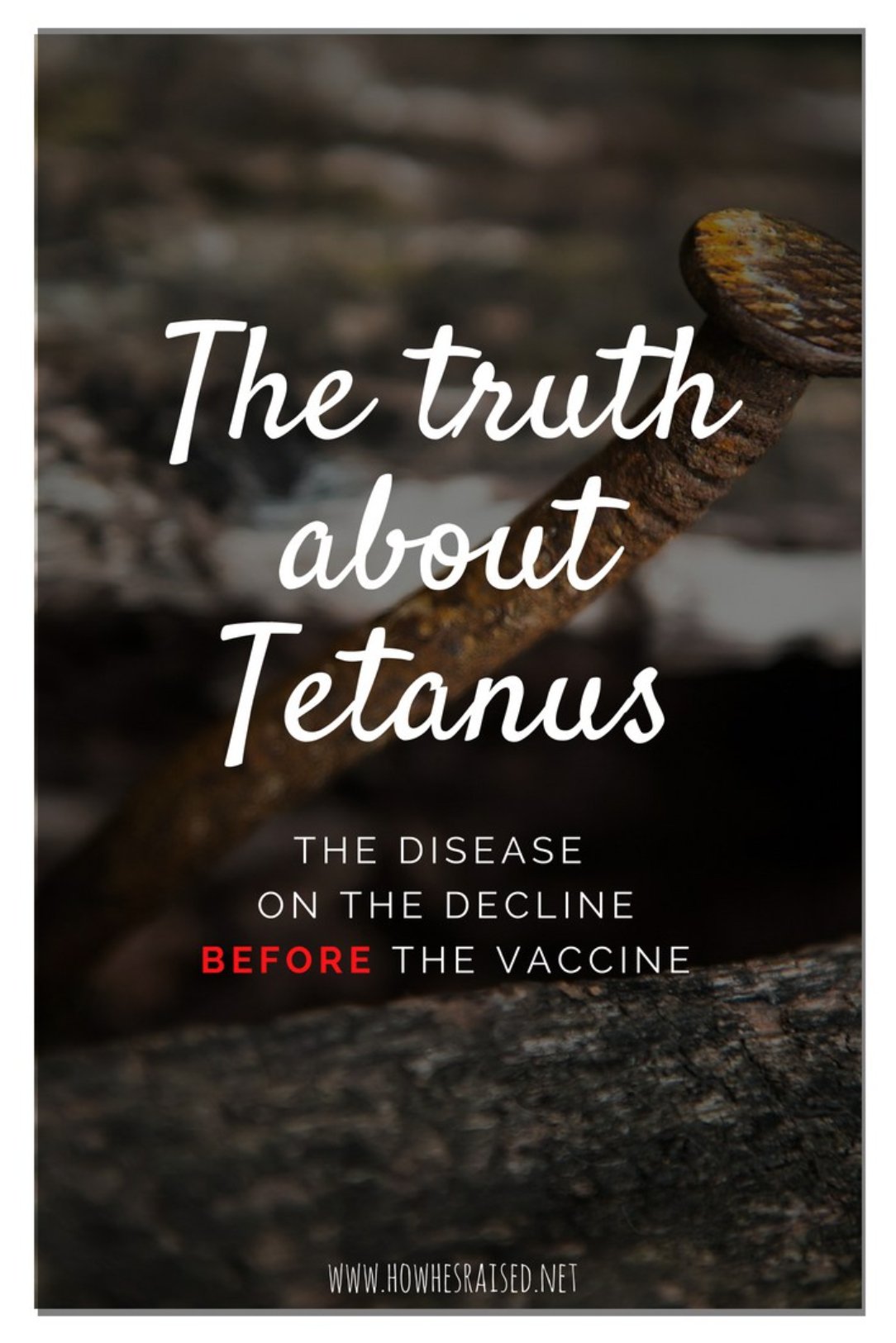 One of the most common questions that I find myself answering when I reveal that we decline vaccinations for our son is “But, if he stepped on a nail, you’d take him to get the tetanus shot, right?”

The simple answer to that question is no. But, there was a lot of thought, research, and time that went into making such a heavy decision. See, I didn’t start out as an ‘anti-vaccine.’ My parents weren’t hippies, I wasn’t swept away by some fad, I don’t even know who Jenny McCarthy is. I’m simply a woman, who was given this incredible gift called motherhood, trying to make the best decisions for my child. So, just like I did with birth interventions and breast vs. formula feeding, when it came time for my son to be vaccinated, I researched. Some nights I was up until the sun peaked over the horizon, reading studies and trials.

And, while many tend to respect my exercise of personal choice regarding routine vaccinations, some have a little trouble understanding why I would still decline a vaccine used as treatment. Today, we are going to explore tetanus, what it is, and how utterly useless a vaccine would be after exposure.

Tetanus, sometimes called ‘Lockjaw’, is an illness caused by toxins released into the blood by the bacteria Clostridium Tetanii. This disease is a literal poisoning that happens when these bacteria release the tetanus toxin into the body, which causes involuntary muscle spasms all throughout the skeletal muscles, especially in the jaw and throat area. It is extremely rare in the US, averaging about 30 cases each year and, according to the CDC, results in death in 10-20% of cases. Tetanus doesn’t fall into the same category as the majority of other diseases that vaccines are available for: it is not a virus, and it cannot be transmitted from person-to-person. Spores of Clostridium Tetanii literally surround us, but they exist primarily in the soil and manure. In normal circumstances, these spores pose no risk to you or your health because they are anaerobic, meaning they’re unable to live or grow when oxygen is present. Deep puncture wounds, and wounds that have been contaminated with soil or manure are thought to be at the highest risk of developing tetanus. It is important to wash these wounds especially thoroughly to flush out any debris, and if possible, encouraging these wounds to bleed could prove most beneficial. Blood introduces oxygen to the affected area, while also flushing grit and foreign particles from the wound. Those determined to be at the highest risk of developing tetanus are urged to receive the Tetanus Immune Globulin (TIG) injection. It is important to note that this is not a vaccine. In fact, this treatment is classified as a blood product, because it is created from human plasma. Because the toxins released into the body quickly overpower the antibodies provided by your immune system, TIG provides a boost of antibodies specifically designed to target the toxin in order to help your body overcome the disease. Tetanus continues to remain unique from the other diseases, for which vaccines exist, in that those who do recover from it are not immune and, if the conditions are right, can get it again. 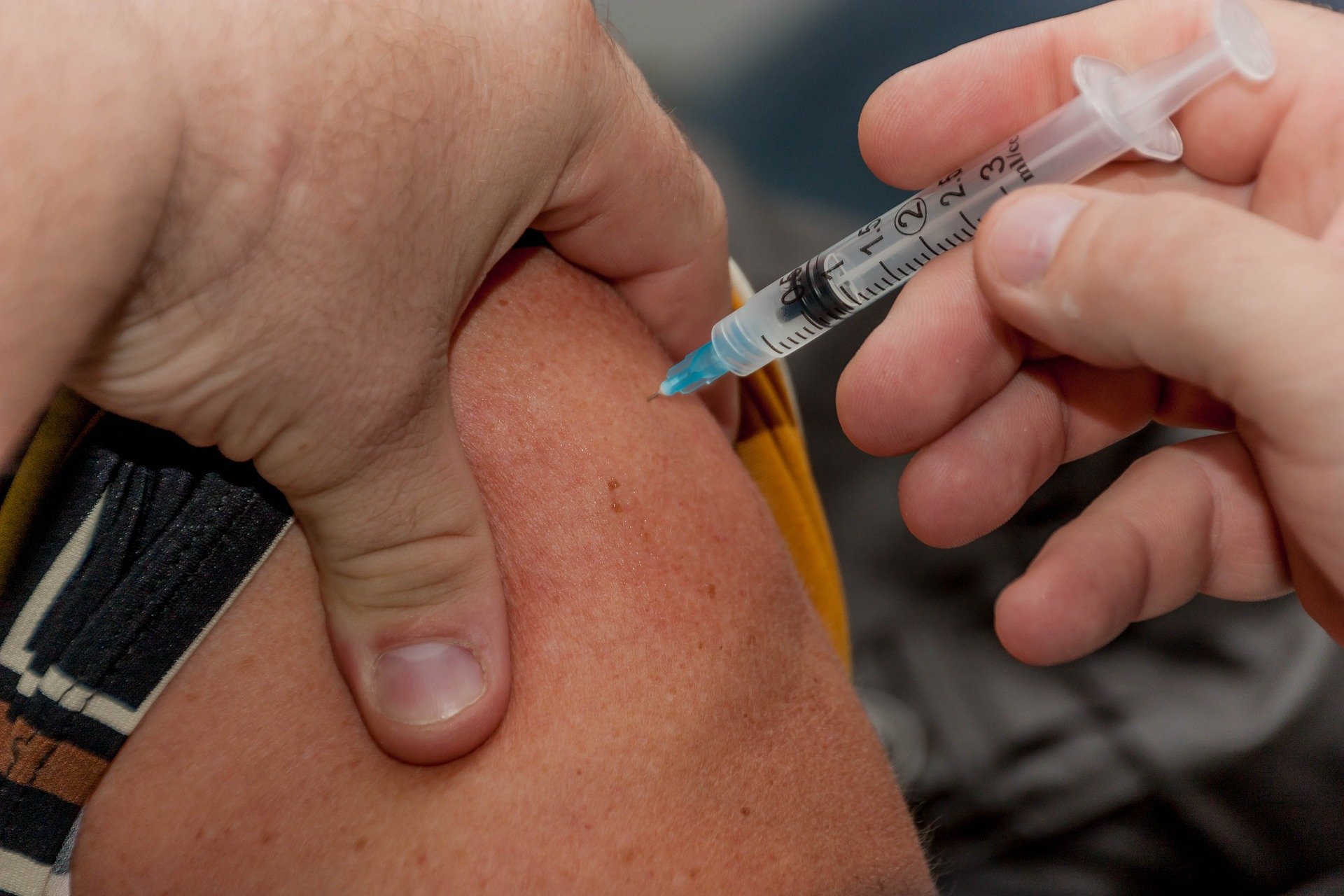 Does the Vaccine Protect You?

In the United States, there are four vaccines on the market specifically targeted to protect against tetanus: for children under 7, DT (Diptheria, Tetanus), and DTaP (Diptheria, Tetanus, Pertussis), for adults and children over 7, Td (Tetanus, Diptheria) and Tdap. The CDC recommends that children receive 4 doses of the DTaP vaccine at 2, 4, 6, and 15 months old, and then recommends that all adolescents receive the Tdap vaccine at 11 or 12 years old, getting another one every 10 years throughout adulthood. The first DT vaccine to be licensed in the United States was released in 1947 and was specially formulated for pediatric populations. An adult formulation, Td, wasn’t licensed until 1953. In 1944, 3 years before the first tetanus vaccine was approved, tetanus claimed the lives of 615 people. 10 years prior, in 1934, the death toll of this same disease was doubled, with over 1200 lives lost that year. The reason this is important to recognize is because deaths were obviously already on the decline prior to routine vaccination.

Let me put it another way for you: In 1944, an individual living in America had a 0.0004% chance of contracting and dying from tetanus, and this was before a vaccine was even offered. This is because the human body naturally is already an unfriendly environment for the tetanus bacteria to thrive. Today, that risk is even lower, yet one is still expected to receive at-least 10 tetanus-toxoid containing vaccines by their 60s. This is because, like most vaccines, immunity doesn’t last forever. In fact, it has never been proven that the vaccine provides protection at all. One study examined patients who had extremely high levels of anti-tetanus antibodies in their blood, one of which had been “hyperimmunized” to provide commercial TIG shots. These patients were studied because they had developed severe tetanus (one even lost their life) despite their extremely high protection levels.  Though the research is still extremely scarce, studies have started emerging that examined the possibility of people acquiring natural immunity to the tetanus toxin. In one remote community of 200 people, 197 of them were found to have antitoxin antibodies against tetanus despite the fact that they had never been vaccinated.

Does the Vaccine Have Risks?

When examining foods in the grocery store for their safety and likelihood of making it back to my house, I like to flip the product over and read the ingredients that it contains. This is one of the easiest ways to determine if there are no-no ingredients, like gluten or soy, and if there are questionable additives, dyes, or flavors. This is an aspect of life that I have learned to apply to many different areas, including medicine. Of course, this tends to be much more complicated than scanning ingredients for gluten, the payoff seems to be worth it. I have a better understanding and feel more informed and confident in my decisions. I have supplied screenshots of the “ingredients list” for all available tetanus-toxoid containing vaccines, thanks to the CDC.

Aluminum: The first thing you will notice is that all vaccines available have some form of aluminum in them, either aluminum phosphate or aluminum hydroxide. Aluminum, like other adjuvants, is added into the vaccines in order to boost your immune response to the antigen. Despite the fact that aluminum continues to be used in vaccines, there is a huge lack “of data on toxicology and pharmacokinetics of these compounds. In spite of this, the notion that aluminum in vaccines is safe appears to be widely accepted. Experimental research, however, clearly shows that aluminum adjuvants have a potential to induce serious immunological disorders in humans.” These adjuvants have specifically been linked to “autoimmunity, long-term brain inflammation and associated neurological complications”

Polysorbate 80: In one of the adult vaccines, and 3 of the infant vaccines, another questionable ingredient can be identified: polysorbate 80. This is used as a surfactant to help all of the ingredients in the vaccine blend well together. According to the Material Safety Data Sheet, this ingredient has been identified as “slightly hazardous” when coming into contact with the skin. The carcinogenic or mutagenic possibilities were not explored, but it’s easy to question what happens when it is directly injected into your body. Based on animal studies, adverse reproductive effects have also been identified.

While those are some of the most questionable ingredients, others like human diploid cells (read: human DNA stemming from aborted fetal tissue), monkey kidney cells, gluteraldehyde, and thimerosal need serious questions asked about them.

Is it Worth it?

When examining other vaccines one is able to deduce that, should an immune response even occur, it will take at least 2 weeks after injection to see an antibody reaction. Considering signs of tetanus can become apparent in less than a week, this seems absolutely useless. As stated before, for those in serious risk of developing the disease, the TIG injection is recommended. But, the truth of the matter is, you probably wouldn’t get tetanus anyway. It is an extremely rare disease in developed countries, not because of vaccination, but because of cleanliness. There has never been proof offered that the vaccine provides immunity anyway and, because contracting the disease doesn’t even make you immune one should wonder if complete protection is even possible.

Clean your wounds thoroughly, encourage them to bleed if possible, and, if you must, accept the TIG injection.
But, next time you’re getting stitched up, skip the vaccine.