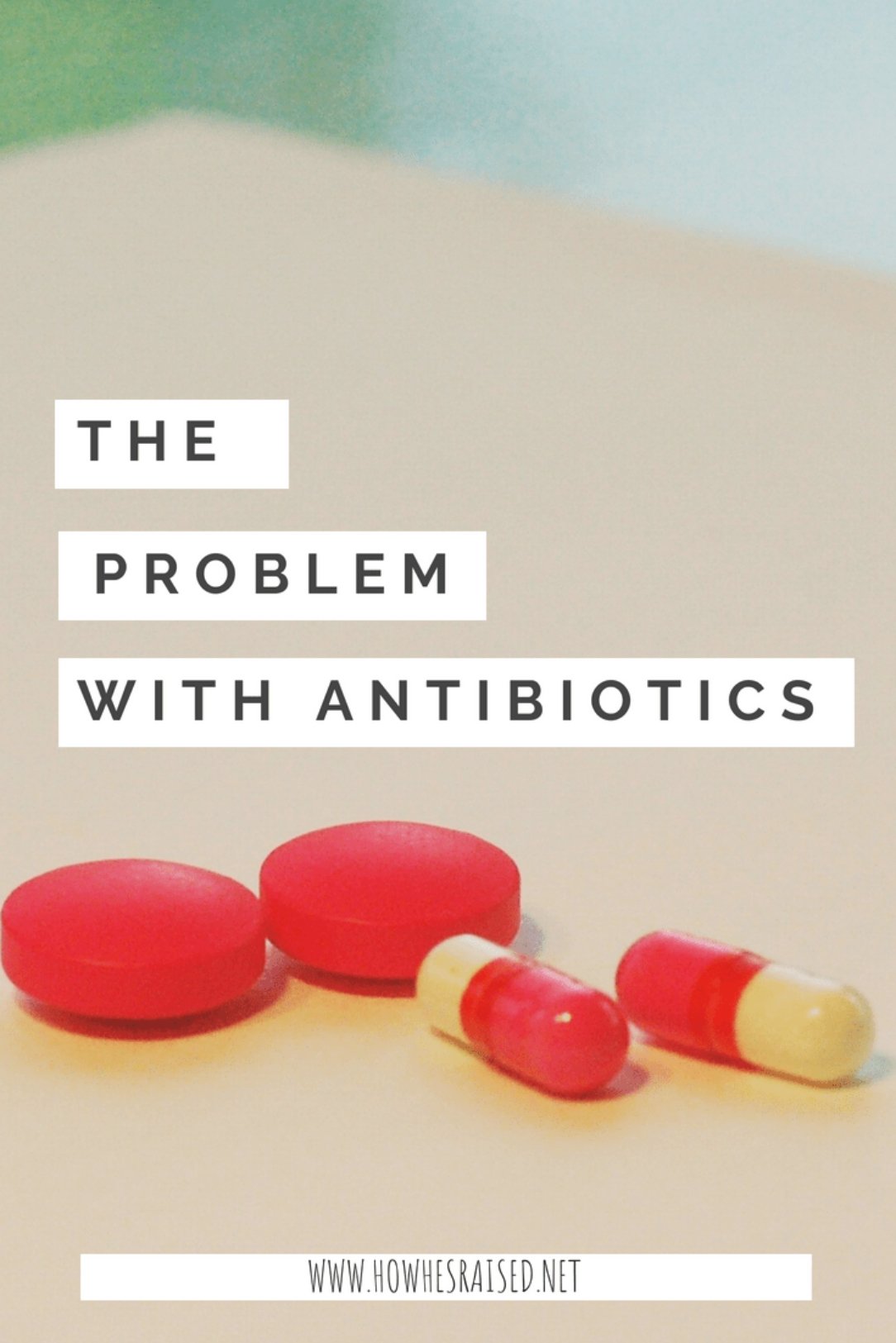 Antibiotics.
Anti meaning opposed to, and biotic meaning life, and living things. The word literally means anti-life. And you’d think that, with a definition like that, the medication would be used sparingly and with great caution. Unfortunately, upon closer inspection, the Centers for Disease Control and Prevention realized that approximately 1 in 3, or 47 million antibiotic prescriptions per year, are completely unnecessary[1]. Of course, no one is saying antibiotics should be done away with – they most definitely have their place – but they are also extremely powerful.

You know how chemo, while going after the cancer cells, completely obliterates everything good in its path? It’s the reason for the harsh side effects, because healthy cells are also being killed. Well, think of antibiotics as the same thing. Only, instead of chasing down particular cells, antibiotics were tasked with destroying bacteria – good and bad. Researchers are beginning to understand how incredibly complex and vital good gut microbes (probiotics) are to human life and wellness[2]. And because of that, many doctors are finally realizing the detrimental effects that antibiotics, and the overuse of them, can have on the body. 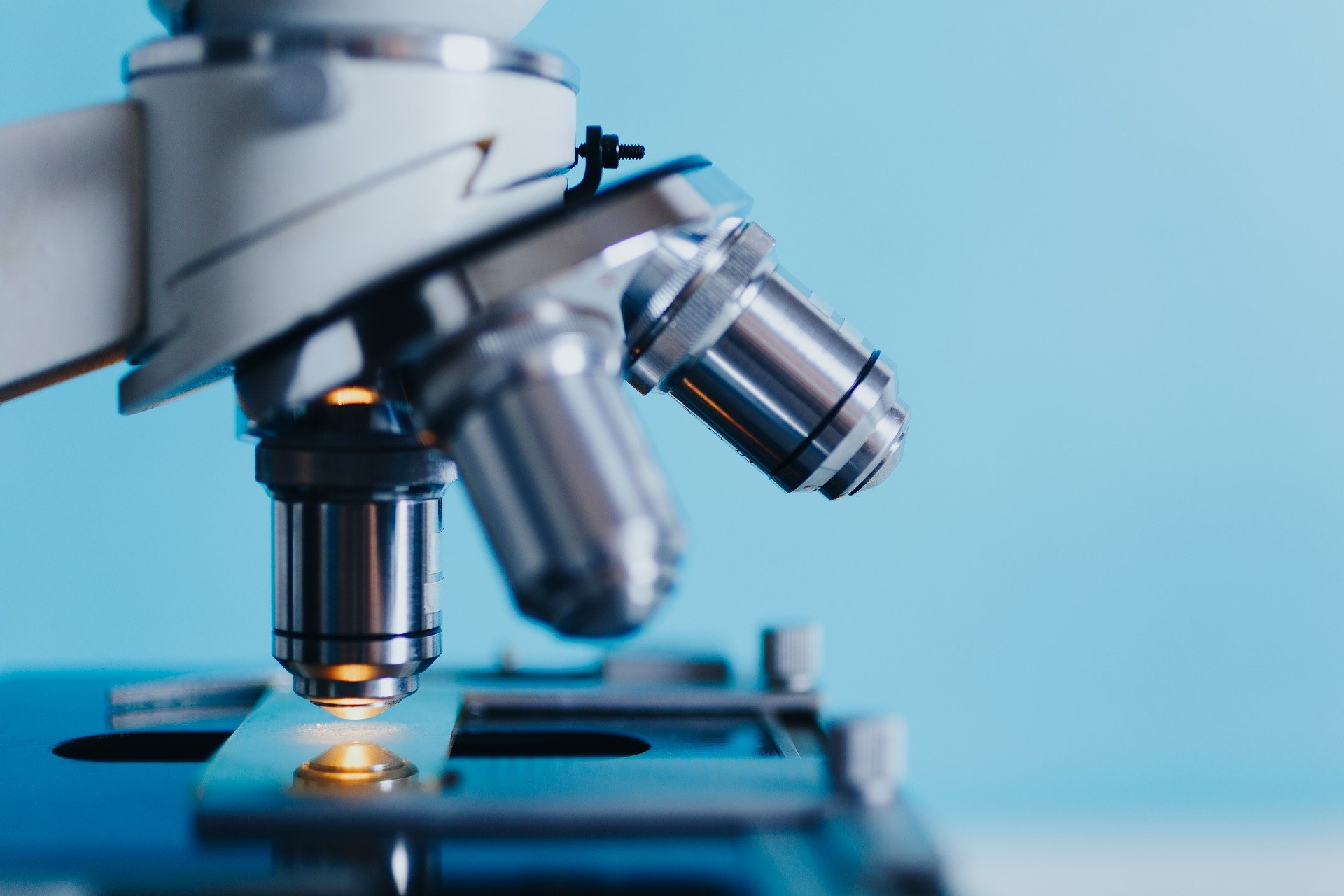 Importance of the Gut

Think of your digestive system, or gut, as a mini-ecosystem. An entire environment inhabited by millions of tiny little organisms (have I freaked you out enough yet?). These organisms range from fungi and harmful microbes, to beneficial and even necessary bacteria. This whole microbiome is precisely balanced and, while it is comprised of more than 1000 species, the healthy gut is primarily dominated by two different types[3]. The act of sustaining balance within the gut, which is heavily influenced by the things we ingest, keeps the bad guys to a minimum so they aren’t strong enough to cause any real harm. But, what happens when this perfect balance is disrupted? Today’s research is rapidly connecting a link between the environment of the gut and issues such as cardiovascular disease, irritable bowel syndrome (IBS), C. diff, and inflammatory bowel disease (IBD)[4]. Because of the insane diversity in the human digestive system, the genetic makeup of the bacteria living within us literally affects and alters our DNA. So, while the importance of a healthy gut seem almost obvious when treating diseases that affect the GI tract, scientists are beginning to uncover the crucial role it plays when understanding immunological, metabolic, and neurological diseases[5]. Maybe Hippocrates wasn’t far off when he said that all disease begins in the gut. The reason it is important to appreciate the role that the gut microbiome plays in maintaining health, is so that we can acknowledge the collateral damage done to the entire body when antibiotics are given.

How Do Antibiotics Impact the Gut?

Within just 24 hours, a stark reduction of diversity within the microbiome can be seen. After completing the antibiotic, within about a week the communities within the gut could be seen attempting to return to their initial state; however the process remained incomplete[6]. In fact, a full 10 months after completing the antibiotic, the microbiome remained disturbed and incomplete – “the full consequences of which remain unknown.”[7] And, that’s the truth: we just don’t know how antibiotics affect human beings. Not only that, but we don’t even know how long the effects may last. One study, when examining the alterations that occurred in the gut following antibiotic use, stated that these “can remain after long periods of time, spanning months and even years“[8]. What’s even more unsettling? Very little research has been done on the potential lifelong ramifications that antibiotics can have on infants and young children. Just three years ago, in 2014, the CDC issued a warning to physicians about a severe diarrheal illness among children, which kills about 14,000 people every year in the US, that had been linked to antibiotic use[9]. Despite the complete lack of science to back such frequent use, antibiotic prescription continues to increase. “In 2010, children received 74.5 million outpatient antibiotic prescriptions—one for every child in the US”, and the CDC has already recognized that at least 30% of all antibiotics prescribed in an outpatient setting were never even needed[10,11]. Numerous studies have estimated this number to be as high as 50%. Seems a high price to pay for an unnecessary medication[12].

Some scientists are beginning to question how antibiotics administered to a laboring mother, or given during infancy, affect an individual for the rest of their life. And, while we are really only scratching the surface of the research that needs to be done, research is revealing some scary information. Early antibiotic use has been associated with inducing obesity, allergy and atopic disorders, autoimmune diseases, and infectious diseases. Because, not only do antibiotics completely destroy the diversity once held within the microbiome, they also change the gene expression, protein activity, and overall metabolism of the gut. 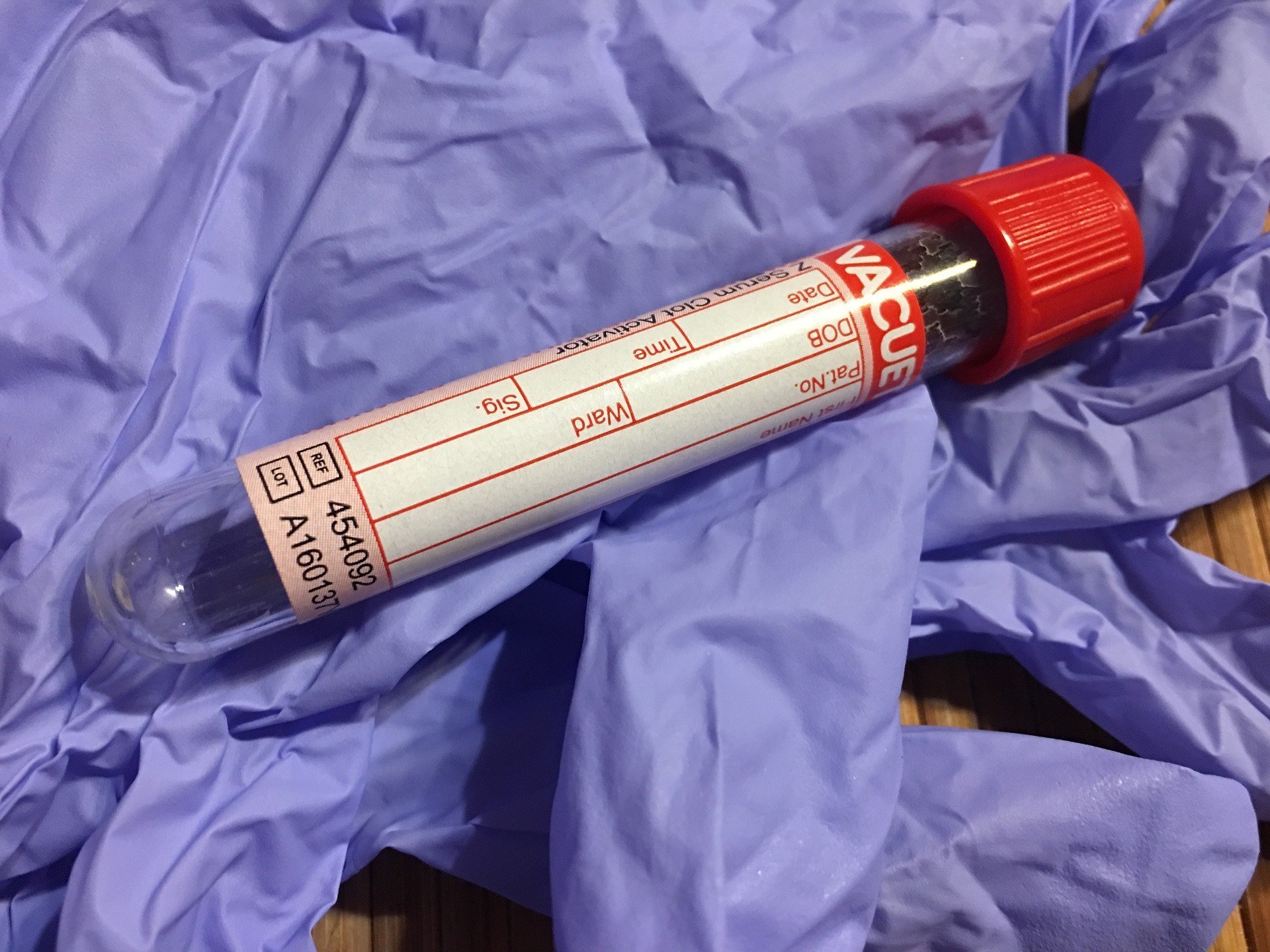 For decades, farmers have been supplying cows, turkeys, chickens, and other meat-animals with large doses of antibiotics in an attempt to have them gain weight faster[13]. While scientists haven’t quite been able to explain why this occurs, many researchers are raising concerns that the same effects are also being seen in humans. One study examined over 150,000 children and found that antibiotic use had the ability to influence weight gain[14]. And, while many similar studies focused on these effects during early childhood, this one actually found that these effects grew stronger with age – peaking sometime in the teen years[15, 16]. Many doctors are beginning to theorize that the reason for this unwanted weight gain is because of the antibiotic doing its job: killing all bacteria in sight[17]. Because your microbiome is now unbalanced, bad bacteria and fungus are more easily able to permeate and overwhelm the gut. When harmful bacteria begin thriving in the gut, they produce toxins in a much larger quantity, and this begins to wreak havoc on the body. Symptoms such as inflammation, and insulin resistance begins (mimicking Type 2 Diabetes), and we already know the American diet isn’t really stellar to begin with[18, 19]. The most common type of fungus to make its way into the human body, Candida or yeast, lives on sugar. The more it grows, the more you crave sweets and carbs – which are not good for the waistline. And, when the good bacteria are nowhere to be found, your entire body becomes an open buffet for all the bad guys.

As scientists continue to investigate the true damages caused by vaccines, some are beginning to warn that our guts may never truly recover. One article, warned “Early evidence from my lab and others hints that, sometimes, our friendly flora never fully recover. These long-term changes to the beneficial bacteria within people’s bodies may even increase our susceptibility to infections and disease. Overuse of antibiotics could be fueling the dramatic increase in conditions such as obesity, type 1 diabetes, inflammatory bowel disease, allergies and asthma, which have more than doubled in many populations.”[20]

Antibiotics and the Brain

Doctors and scientists are beginning to understand and appreciate an incredibly intricate connection between the gut and the brain[21]. Known as the gut-brain axis, the brain is in constant communication with the digestive system and the microbiota is continuously impacting the central nervous system[22]. Like, when you have a gut-feeling – it’s not a coincidence that you feel it in your stomach[23]. So, when your gut is unhappy the chances are very high that your brain will be too. And, antibiotics are one of the quickest ways to have an unhappy gut.

A study conducted on adult mice found that those treated with antibiotics had both reduced brain cell growth and decreased memory retention[24]. Brain reductions similar to these can also be seen in those with early Alzheimer’s. And, even when the normal gut flora had built back up, the damages were unable to be completely reversed. Sometimes, the use of these drugs can even result in toxicity in the brain. Research is revealing that neurotoxicity is not only “common among many groups of antibiotics” but can present any number of issues including: chemical-related damage to the inner ear, nerve damage and paralysis, confusion, brain swelling, seizures, and neurologic disorders[25]. Just last year, the American Academy of Neurology held a press release addressing concerns that many popular antibiotics may be “linked to a serious disruption in brain function, called delirium…”[26] And, for those who already suffer some forms of mental illness, the results of antibiotics can be absolutely catastrophic. More and more evidence is pointing to the understanding that the “bacterial microbiome each person has plays an integral part in the ebb and flow of psychiatric symptoms and psychiatric disorders, including bipolar disorder and schizophrenia.”[27]

Researchers from Tel Aviv University studied health records for nearly two decades and found that just one course of antibiotics increases one’s risk of developing depression by about 25%[28, 29, 30]. Several courses (less than 5) throughout a lifetime result in an increased risk for anxiety and depression by almost 50%. Rates like these are exceptionally more concerning for children, whose brains are still rapidly developing and changing. It is estimated that about 70% of US children receive at least two courses of antibiotics before their second birthday, but troubling information is revealing that children treated with antibiotics may suffer from lifelong behavioral changes, including increased aggression[31]. This could be due, in part, to the fact that antibiotic use has been linked to significant changes in the prefrontal cortex, especially among children. This part of the brain is controls skills such as emotional expression, problem solving, memory, language, judgement, and sexual behaviors. 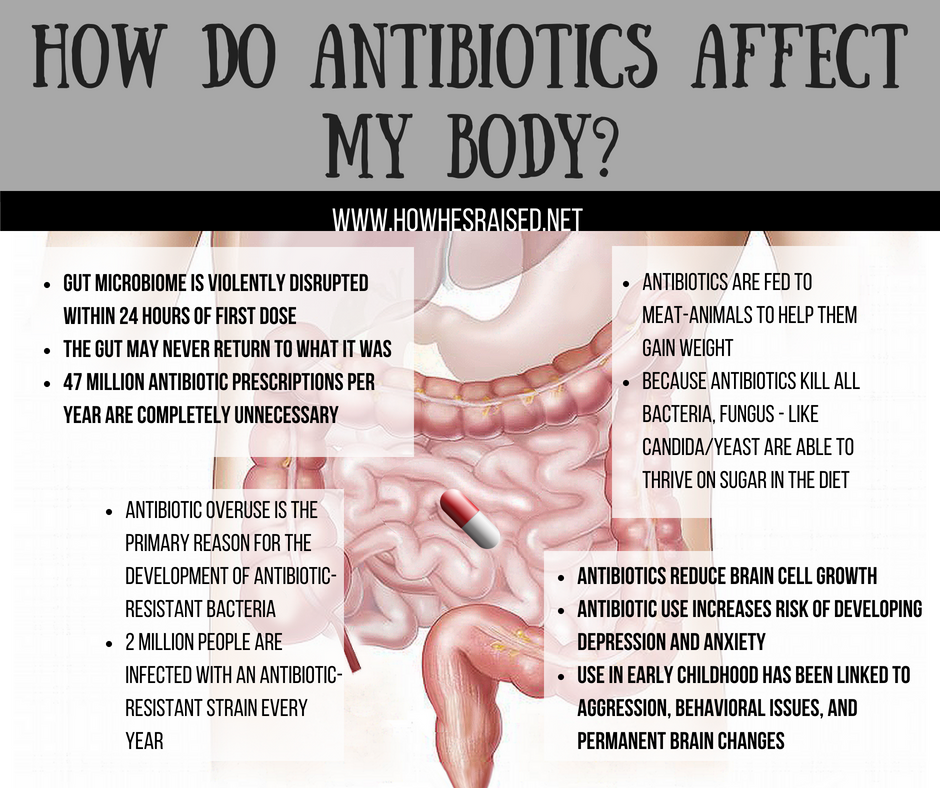 According to the CDC, every year about 2 million people in America become infected with a form of bacteria that cannot be killed by antibiotics[32]. Bacteria like these continue to adapt, making them stronger and a lot tougher to kill. Repeated use of antibiotics is considered the primary reason for this terrifying development, and many doctors are being warned about inappropriately prescribing them. Because they are becoming increasingly more ineffective, in 2013, the CDC declared the human race in a “post-antibiotic era”[33]. Many Americans though, are unaware how dire the situation truly is, while MRSA (a resistant form of the staph bacteria) “kills more Americans each year than HIV/AIDS, Parkinson’s disease, emphysema, and homicide combined.” The truth is that this crisis is enough to shake the “benefits vs. risks” enough to rid the use of antibiotics altogether.

Antibiotics truly have held such an important place in human medicine for such a long time, and have saved countless lives. Bacteria have constantly threatened health, but now we are understanding that not all bacteria are bad. Some are absolutely necessary for life. And what can be expected of a generation where 70% of the population has had their entire army wiped out before their second birthday?

I can tell you this: it’s not good.

Are Antibiotics Making You Fat?