Philosopher and poet, Ralph Waldo Emerson, was once quoted as saying What is a weed? A plant whose virtues have never been discovered., and in my opinion, fewer truer words have been said. This is especially true when relating to one of my most favorite weeds (with one of the coolest names!) Queen Anne’s Lace. Also known as ‘bird’s nest’ ‘wild carrot’, and scientifically, as Daucus Carota, it yields numerous benefits. This resilient weed has been found on all seven continents, and was used traditionally in the treatment of kidney dysfunction, muscle spasms, bladder infections, as a ‘morning after’ contraceptive, and gout. My favorite though is the use of this herb in the prevention of pregnancy [1].

A high percentage of people have trailed far from using nature in treating their everyday aches or pains, so when it comes to the big stuff, natural isn’t even a thought. When examining the number of people utilizing prescription birth control, the majority tend to choose an oral contraceptive, or “The Pill.” Oral contraceptives rely heavily on the patient’s adherence to a pretty strict “at the same time every day” rule and coherence for months and years at a time might falter. Injectable forms of birth control depend on the return of the patient to their medical professional within a specific time frame to avoid a potential lapse in protection. Natural Family Planning requires careful monitoring of bodily functions, as well as proper calculation. Condoms must be applied properly, and have the ability to be ripped or torn.

The truth of the matter is humans are imperfect, and birth control fails. And most people are using some form of birth control because they simply don’t want to get pregnant.

Commonly referred to as “The Morning After Pill”, most forms of emergency contraception are intended to be taken as soon as unprotected sex has taken place as possible, to a few days afterward, obviously being most effective the earliest it is taken. These are different than abortion pills in that they stop a pregnancy before it has begun. The main, active ingredient in these post-coital contraceptives is a hefty dose of Levonorgestrel, which has been examined pretty deeply in the lab. Many studies have identified risks with Levonorgestrel use, such as gallbladder disease, hypertension, and the “great majority” experience menstrual problems[3]. Other issues that have been documented with Levonorgestrel are dizziness, headaches, nervousness, depression, weight change, and respiratory conditions. While research into the potential correlation is limited, “several cases of ectopic pregnancy have been reported” following the ingestion of Levonorgestrel[4,5,6]. 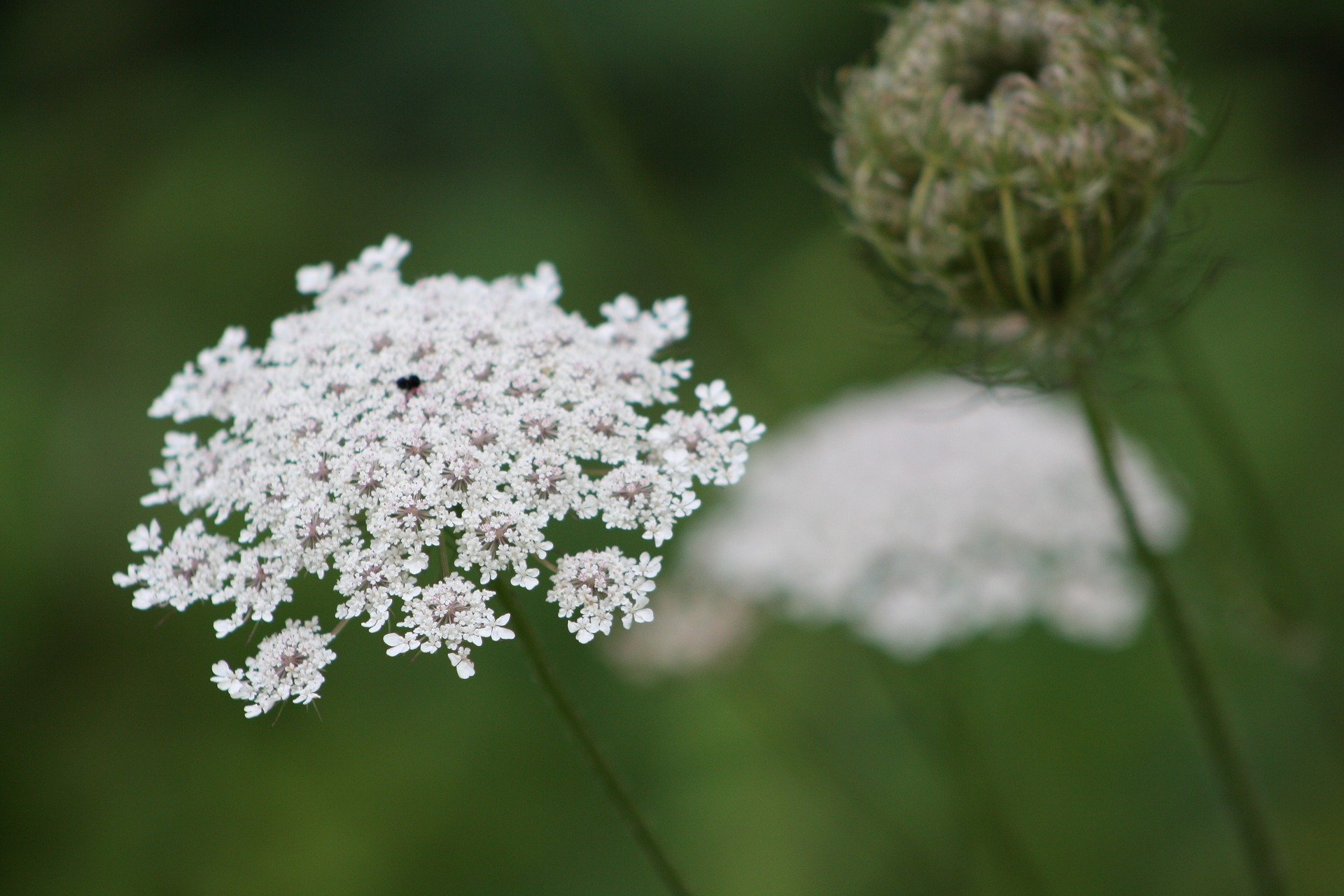 A Natural Morning After Alternative?

Daucus Carota, classified as a “noxious weed” by many states, is a beautiful white, flowering plant, that has numerous health benefits for humans. Traditionally, this herb has therapeutic effects against cough, dysentery and diarrhea, malaria, worms, kidney ailments, cancer, and uterine pain[7], but one area of study that’s really been getting a lot of attention is its use as an emergency contraceptive. Women in indigenous cultures, from those living in the Appalachian Mountains to India, have been found using the heads and seeds (which have the best reputation for contraception) to prevent pregnancy[8]. Use of wild carrot as a form of contraception can be traced all the way back to ancient civilization, where it was documented for use as an oral contraceptive on 4,000-year-old Egyptian papyrus, which was probably the world’s first textbook on gynecology[9].

The Greek physician Hippocrates was documented as recommending the chewing of Daucus Carota seeds within 8 hours of being exposed to sperm. He believed that this practice would disrupt the endometrial lining, making it impossible for a fertilized egg to implant. Herbalists and herb-lovers alike have been sharing the impressive contraceptive effects of Queen Anne’s Lace, but it’s only been in recent years that scientists have looked into it. One study concluded that the seeds possessed a “significant anti-fertility effect[10]” when taken after sexual intercourse (the morning after), and that dosages taken within 4-6 days after unprotected sex were able to effectively inhibit implantation, while administration after day 8 did not affect pregnancy at all[11].

Scientifically, we’re only beginning to understand how this anti-fertility effect really works. One potential answer is that fatty acids found naturally within the carrot seeds actually interfere with hormone synthesis, affecting the enzyme makeup of the ovaries[12]. Hippocrates actually theorized that the seeds have estrogenic properties, making successful pregnancy almost impossible, and it seems that he may have been onto something. Because of Daucus Carota’s makeup, and interaction with the human body, progesterone seems to be limited after its ingestion. One study examined pregnancy outcomes of mice who had been dosed with wild carrot, and then treated with progesterone. For mice, implantation is typically experienced eight days after intercourse, but when Queen Anne’s Lace was given, no implantations were documented. When one group of mice, that had already been dosed with Daucus Carota, was then treated with supplemental progesterone, healthy pregnancies followed[13].

Most sources, including one herbalist who conducted a study of her own which resulted in a 94.4% success rate[14], really stress the first, and most important, a dose of Queen Anne’s Lace (1tsp of raw seeds, some people even use tinctures) be taken within 8 hours of unprotected sex. Nothing further has been quite set in stone, but many experts recommend one or two doses be taken over the following 72 hours.

All wild carrot products should be avoided by women who are pregnant or trying to conceive, as ingestion may result in miscarriage. Little research exists on safety during lactation, but it is important to remember that the carrots you find in your fridge are simply a domesticated version of Daucus Carota. Those with kidney issues should consult their healthcare provider before consuming wild carrot.

We don’t have to put up with horrible side effects, because that’s all the pharmaceutical companies will give us. Step out of the box, choose Plan C.