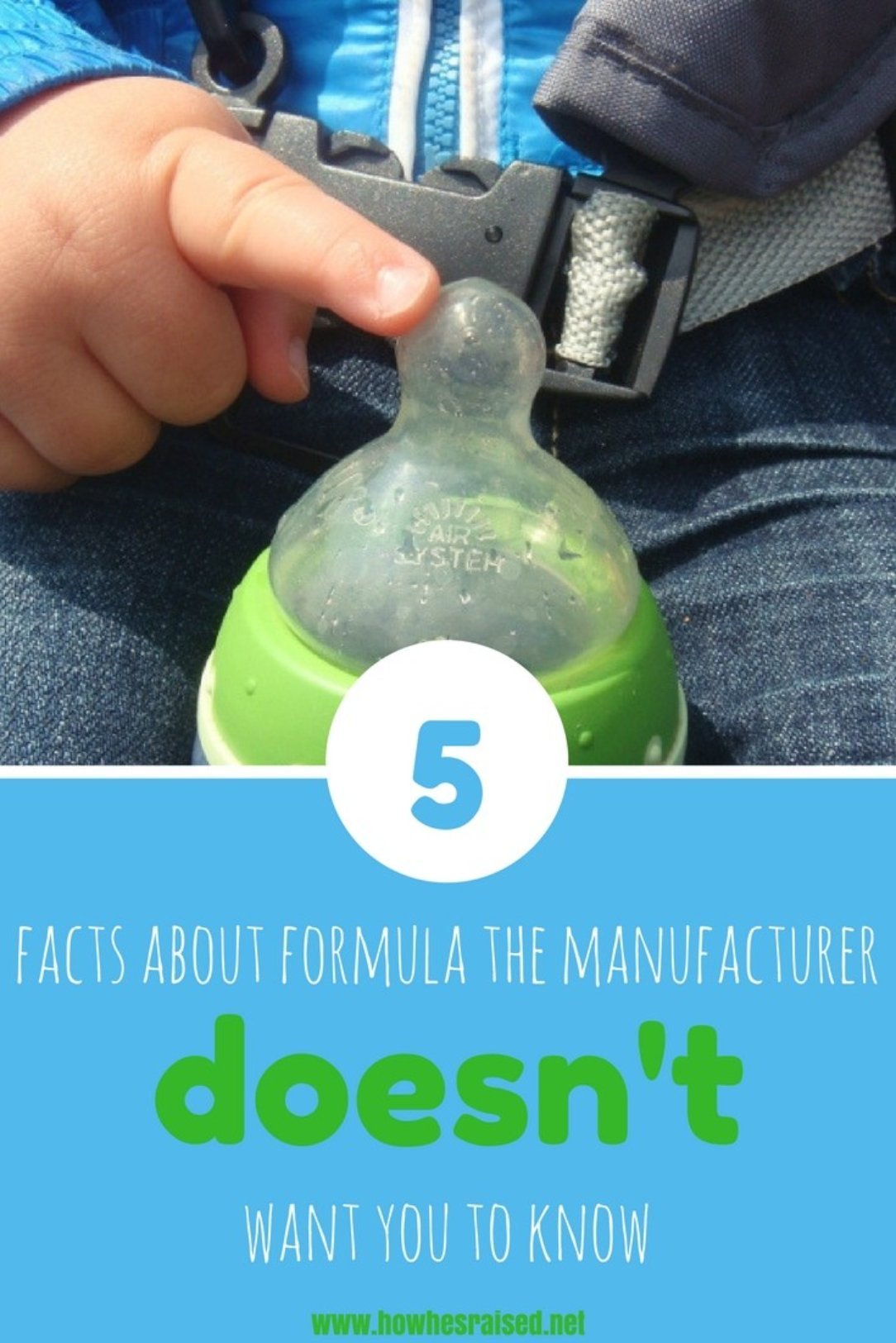 Babies need to eat and, due to obvious reasons, they’re not exactly ready to chomp into a salad on their birth day. For mammals, this is where the lactation aspect comes in, and the mother begins producing milk to feed the baby. But, for a complex and widespread number of reasons in humans, breastfeeding isn’t always possible – in fact, less than half the American infants born in 2011 were still breastfed at 6-months-old[1]. The need for sustenance for these infants is not a new one, documentation of wet nursing (or one woman breastfeeding another woman’s child), and even crude, unregulated clay bottles, go back over 4,000 years[2].

In the 1700s, researchers first began researching the chemical makeup of human breastmilk, and comparing it with animal milks, cow’s, goat’s, sheep, camel’s, etc. that were commonly used as a breastmilk replacement during that time. Their research yielded results that were expected, human milk was superior, and thus began the attempt to recreate it in the lab.

As mentioned before, there are many reasons why a mother may choose to feed her baby an artificial milk substitute, known commonly today as baby formula. They could be for medical reasons, either for the mother or the baby, they could be because of the perception that she isn’t making enough milk (which often isn’t the case at all), or they could be personal in nature, some moms simply have no interest in breastfeeding. And, with the dozens and dozens of brands of formula available, sometimes deciding on the best one can be overwhelming. Not only are parents tasked with calculating price, ensuring the chosen brand settles well with baby’s belly, and checking for any allergens their child might have, but remaining vigilant and watching for signs of companies that cut corners and endanger children is one of the most important of them all. 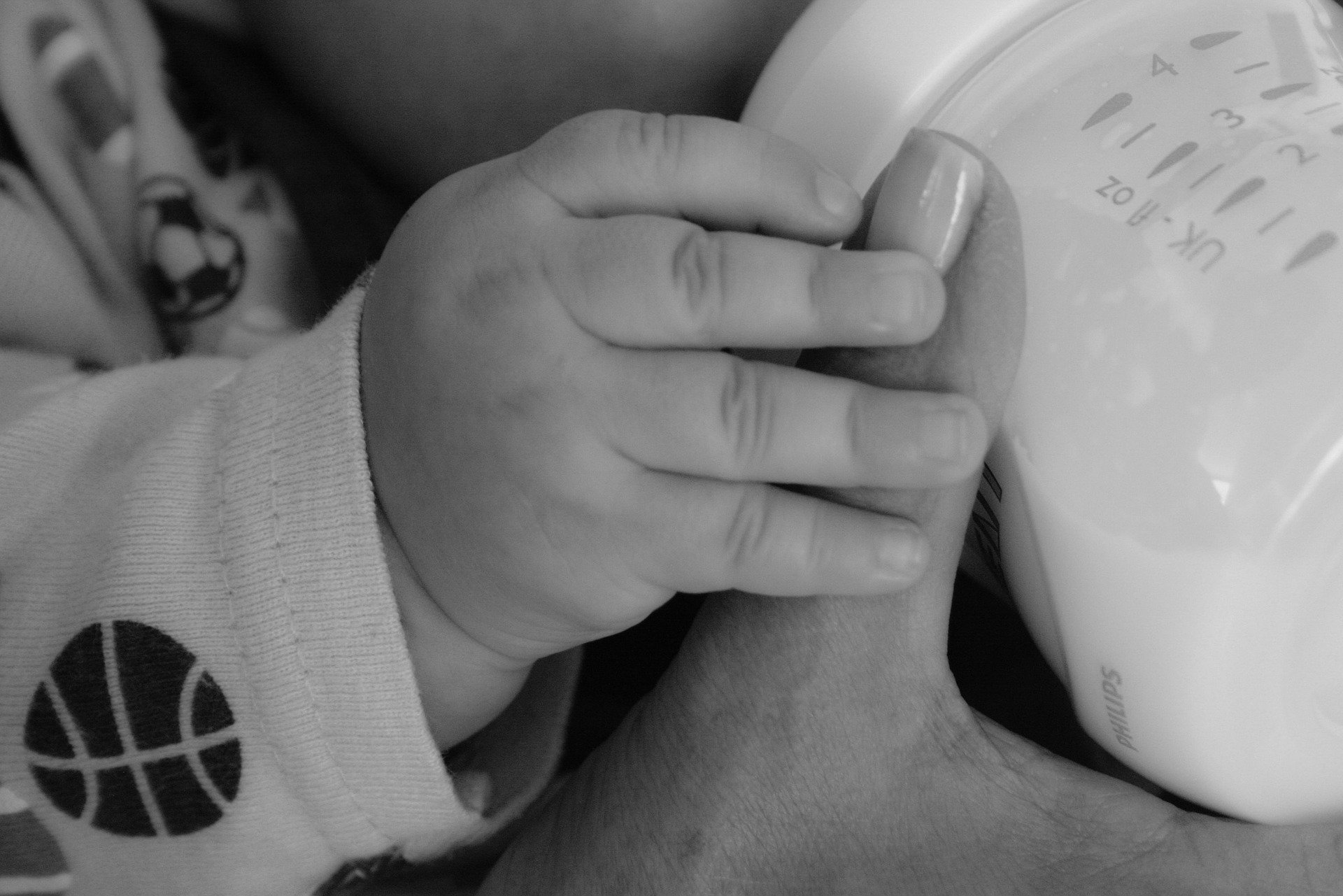 Just last year, fear seized parents in Europe as one brand of formula, Lactalis, began making dozens of babies sick, hospitalizing many of them, due to salmonella contamination that lead to a worldwide recall[3]. Unfortunately, contaminations like these aren’t quite as rare as we might prefer when it comes to feeding some of the most vulnerable of our population. Cronobacter, which may lead to sepsis or meningitis, and Salmonella, which may lead to severe gastrointestinal upset, bacterial tainting is considered an ongoing problem when it comes to the formula manufacturing process, and has resulted in the illness of many infants[4,5]. The reason these contaminations are so common and so unavoidable is largely due to the fact that infant formula is not a sterile substance. According to the World Health Organization, users of powdered infant formula (PIF) should be made aware that their product “may be contaminated with pathogens that can cause serious illness”[6]. For this reason, formula should never be mixed with water below 158F (70C).

Not only are bacteria a concern, but the creation process also leaves the potential for so much more to be accidentally included into your baby’s bottle, down to ones you can’t even see. Nanotechnology, which involves the manipulation of particles on a nano scale (measured in terms of billionths of a meter), is an emerging field of science that has started tiptoeing into the food we eat[7]. Independent investigations have revealed the presence of nanoparticles in most brands of baby formula. Researchers at Friends of the Earth, identified nanoparticles in all six of the formulas tested: Gerber® Good Start® Gentle, Gerber® Good Start® Soothe, Enfamil™, Similac® Advance® OptiGRO™ (liquid), Similac® Advance® OptiGRO™ (powder), and Well Beginnings™ Advantage®. Because nanotechnology is so new, the health implications are widely unexplored, but groundbreaking research is generating some concerning results. Exposure to inorganic microparticles could lead to widespread inflammation, cell death, alteration of the microbiome, and may even induce DNA damage[8,9,10].

Arsenic, Cadmium, and Aluminum are some of the biggest toxic metals to be concerned with, and stay away from(learn how to detox them here).
Arsenic is a known human carcinogen, categorized with Plutonium and Formaldehyde, and can cause short-term symptoms, like vomiting and diarrhea, and long-term symptoms, like developmental effects, diabetes, and kidney failure[11, 12]. Urine samples taken from infants fed only formula were found to be 7.5 times higher in arsenic than exclusively breastfed babies, and that urinary arsenic decreased “within minutes of breastfeeding among infants who were not exclusively breastfed”[13]. Cadmium, also known to cause cancer in humans, is toxic to the kidneys, decreases bone density, may interfere with reproduction later in life, and can have gastrointestinal effects[14,15]. Feeding-by-feeding, infant formula provides significantly more cadmium than does breastmilk, and evaluation of potential “adverse effects of infant formula are warranted”[16]. Aluminum, whose production is known to cause cancer, is yet another heavy metal that researchers are really beginning to raise concern about. This metal is also extremely harmful to the brain, and “very small amounts of Al are needed to produce neurotoxicity[17].” According to the Children’s Hospital of Philadelphia, “breast-fed infants ingest about 7 milligrams, formula-fed infants ingest about 38 milligrams, and infants who are fed soy formula ingest almost 117 milligrams of aluminum during the first six months of life[18]. It is actually well known that soy formulas have had a long history of aluminum contamination, and babies fed them often consume between 10 and 40 times the amount of aluminum found in breastmilk[20].

Pesticides and herbicides, substances that are used to kill plants, insects, and other organisms that may be harmful to cultivated vegetation, are widely used on and around the food grown for American consumption. One of the most commonly used of these is glyphosate, distributed by big-name agrochemical company Monsanto, and there are serious health implications associated with its use. Glyphosate falls into a category of pesticides known as Organophosphates, and these pesticides have been known to disrupt the endocrine system, decrease insulin secretion, and produce genotoxic effects. These pesticides also pose serious health effects, including cardiovascular disease, negative effects on the male reproductive system and the nervous system, dementia, and an increased risk for certain types of cancer[19]. These discoveries have brought the call for an “urgent need toward cleaner and safer agricultural practices“, especially since these harmful compounds have been found in baby formula available in this country. Soy formula, which is chosen by about 25% of formula-feeding parents, is the most dangerous when it comes to this aspect of baby formula, as infant formulas that contain soy “have been shown to contain high residue levels of glyphosate[20].” Upon examination of the breastmilk of some women living in the United States, it was determined that glyphosate was not detectable in mother’s milk[21].

On top of actual toxic chemicals, the United States also doesn’t fail to use ingredients, banned in other countries, in baby formula. For instance, the European Union (EU) has banned the use of one ingredient, carrageenan, in infant formulas[22]. Carrageenan is a substance extracted from certain types of seaweed, that is often used as a thickening or emulsifying agent in foods. Researchers have been concerned about carrageenan since the 60s, when links were established connecting carrageenan consumption and gastrointestinal disease, intestinal lesions, and colon cancer[23]. Because it is derived from seaweed, carrageenan can be found in conventional and organic infant formulas alike, even though they have been doing fine with out it in the EU since 2003.

Humans like sweet, and humans are more likely to eat sweet – even babies. Because many formulas don’t have the greatest taste, and because sugars are easy to digest and important to brain development, sugar is a necessary component of infant formula. Breastmilk naturally contains lactose, the same type of sugar in cow’s milk, and has shown to play a role in helping the innate immune system function, protecting the baby’s gut, and is broken down in the lower intestine, rather than the mouth[24, 25]. Some of the most common types of sugars found in baby formulas are corn syrup and corn syrup solids. Different from high fructose corn syrup, which has had some of its glucose converted to fructose, corn syrup and corn syrup solids are pretty much powdered dextrose. Being an added sugar, dextrose does pose a potential risk of increasing heart disease, but when limited, poses no real dangers[26]. The biggest risk is that most formula cans don’t list sugar amounts, so parents are not truly informed when it comes to feeding their babies.

Sucrose, another EU banned infant formula ingredient, is also commonly found in formulas available to American parents. Since 1970, sucrose has been the most commonly consumed type of sugar in America, and is blamed greatly for the skyrocketing rates in obesity. Last year, a 50-year-old withheld study was revealed to the public that made health officials, and parents, very concerned. A Sugar Research Foundation funded study conducted in 1967 revealed that rats who consumed sucrose maintained higher cholesterol levels, and could have a higher risk of developing coronary heart disease[27]. But the most concerning aspect of it all isn’t that these babies are consuming sugar, it’s that we don’t know just how much they’re actually drinking. Harvard Medical School has actually determined that less than 10% of calories should be comprised of sugar, and that any more than that increases the risk of developing cardiovascular disease[28], and independent laboratory testing into baby formula sugar contents has exposed some terrifying facts. Out of 20 popular infant formula options available in the US, the mean percent of calories resulting from sugar was over 25%, more than double the American Heart Association’s recommendations, and five of them contained over 10g of sugar per serving (or about half the sugar found in 1cup of juice)[29].

At the end of the day, whether a mother decides to offer breastmilk or formula, all babies should be given the best start to life. And unfortunately, despite American parents paying millions of dollars per year on infant formula[30], there continue to be serious health concerns associated with it. There will always be mothers who can’t, or who choose not, to breastfeed, there will always be parents who can’t find donor milk in their area, or parents who aren’t comfortable with that option and we need to, as parents and people concerned for the upcoming generation, demand that formula continue to be improved and scrutinized so that formula-fed babies can receive the same advantages as their peers. It is true that many companies are researching ways for formula to better grow with the child[31] as well as settle easier on the immature gastrointestinal tract, fixing problems that already exist, like the ones I mentioned above, should be up near the top of the list. Determining true health impacts of ingredients, especially those banned in other countries, when creating a processed food intended to provide the sole nutrition for a developing human. For these reasons, many people are turning to certified organic formulas(you can find a popular option here

), and even European-created formulas like HiPP and Holle. Some parents are even turning to homemade formulas that their babies are thriving on. Better still, many breastfeeding mothers offer excess milk for free to babies in need. You can find donor moms in your area through Eats on Feets and Human Milk 4 Human Babies.


It’s important to remember, every time you purchase a baby formula (or any product, really!), you are making a vote with your dollar. You are telling that company that you support what they’re doing the way that they’re doing it. Make your vote count.

14. Department of Public Health Cadmium and its Adverse Effects on Human Health