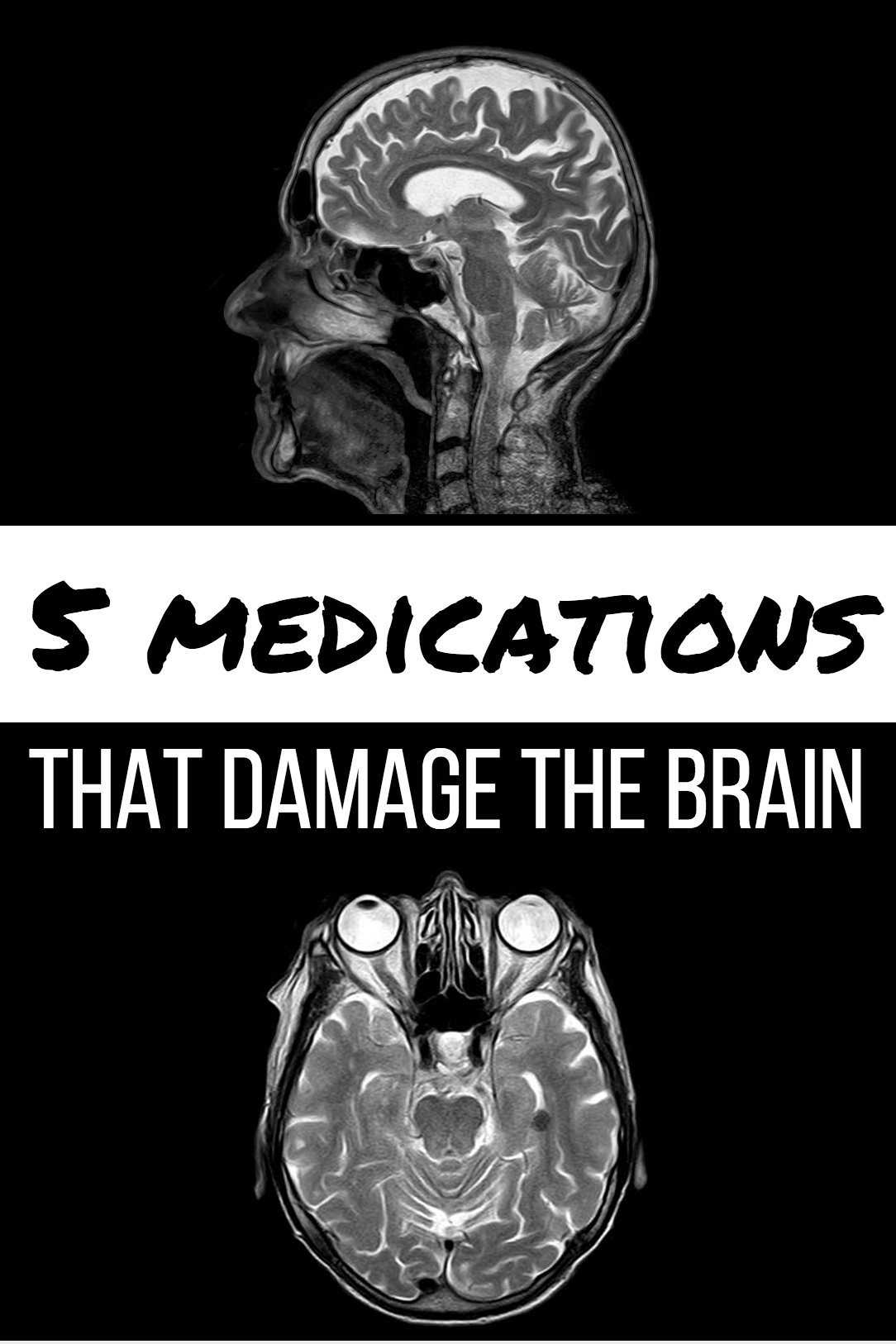 In America, the demand for prescription drugs has skyrocketed in recent decades, with nearly 70% of Americans on some type of prescription medication[1]. Most people don’t think twice before popping the pill their doctor prescribes – after all, it was approved by the FDA, and your doctor did got to medical school, so it must be safe. Right?
Unfortunately, as surfacing studies begin taking a deeper look into the FDA, its approval process, and the lifetime of the approved drugs, scary realizations are beginning to appear. In fact, over 30% of drugs, marketed toward the public with the FDA’s stamp-of-approval, are likely to be involved in a post-market safety event[2]. These events are often serious, comprising 280,000 preventable hospitalizations every year[3], and even taking the lives of some patients. They’ve been seen in so many different drugs and the more serious ones, like Vioxx, an NSAID that caused tens of thousands of sudden heart attacks and death, are eventually taken off the market.

But, what happens when the FDA recognized serious risks associated with drugs and doesn’t take them off the market?
Millions and billions of people unknowingly expose themselves to severe damage, and even death. I believe one area this country’s medical industry really lacks is in the informed consent arena. Many patients are literally never warned of the risks, and I see this so often when talking with other women about birth control – a known human carcinogen.

So, today, we’re going to talk about five very common drugs that may be causing so much harm to one priceless organ: your brain. 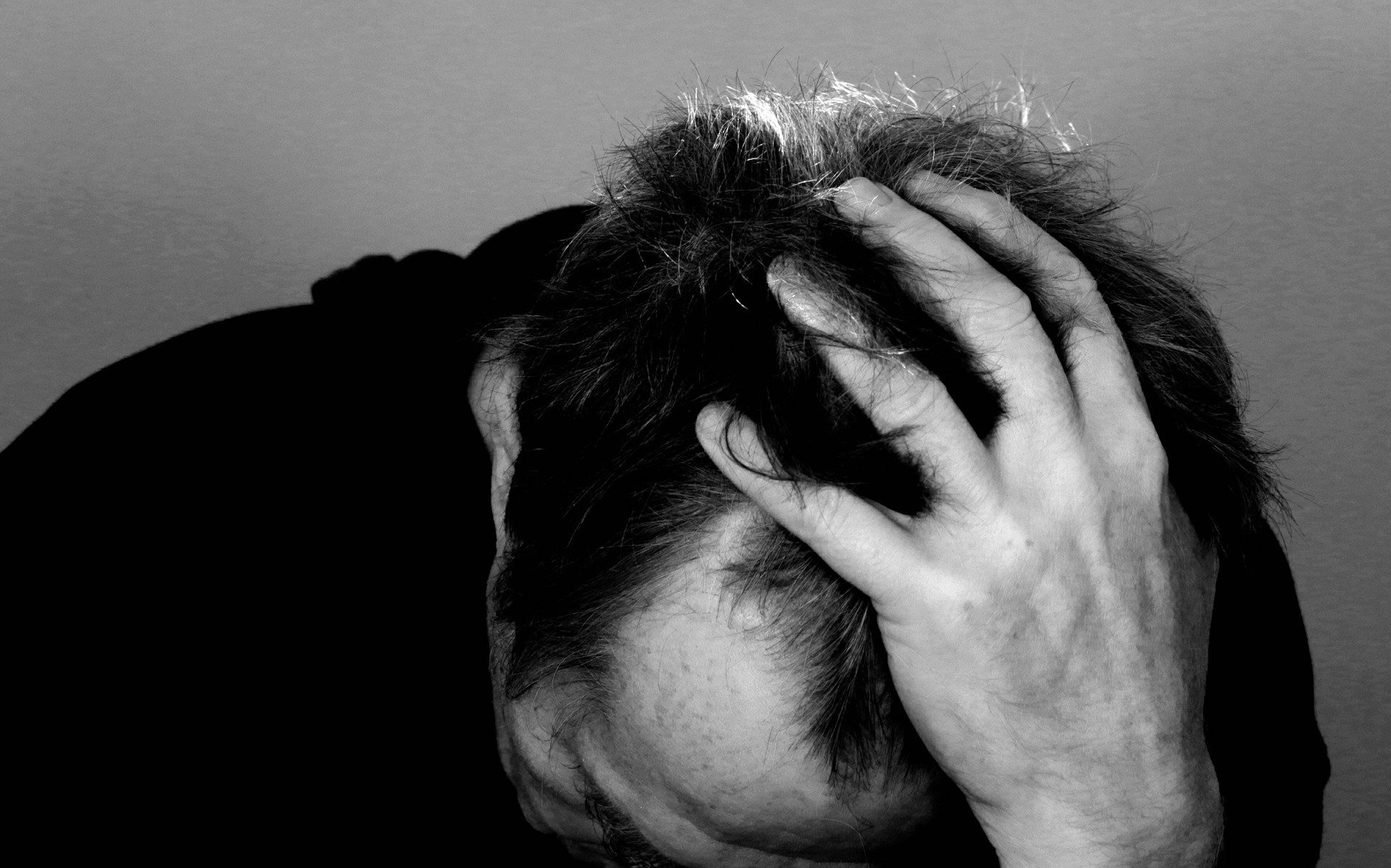 In 2010, the University of Indiana came forward with news that made headlines, and really made a number of people start questioning everyday mediations – including myself. A certain type of drug, anticholinergics, which can be found in medications like Benadryl and Tylenol PM, Unisom, Paxil, Phenergan, and so many more, have the ability to lead to an increased risk of cognitive decline, memory impairment, and non-Alzheimer’s dementia[4]. If I knew it then, I 100% am certain that I would’ve been rethinking all those Benadryl I’ve popped to simply help me get some sleep.

Another study, just conducted in 2017 and led by the Washington’s School of Pharmacy[5] came to the same conclusions they did, now eight years ago, the risk to the brain is very, very real. Comparative brain scans have actually revealed a lower metabolism and reduced brain size in people taking the drugs in question, and while being on them more long-term is associated with more risk, dosing for “the equivalent of three years or more was associated with a 54% higher dementia risk“, in the older population, just a few months’ exposure can be catastrophic[6, 7]. For those in the aging population, anticholinergic use proved to eventually lead to a 100% increased risk of cognitive decline[8].

Overprescription of and serious brain damage caused by another type of drug, benzodiazepines – found in common medications like Ativan, Xanax, Valium, and Klonopin – has been discussed and debated since the 1970s when they were first released. In 1975, Dr. Knott from the University of Tennessee waved a red flag, saying “I am very convinced that Valium, Librium and other drugs of that class cause damage to the brain. I have seen damage to the cerebral cortex that I believe is due to the use of these drugs, and I am beginning to wonder if the damage is permanent.”[13] Not only that, but correspondence between researchers and doctors in Britain’s Medical Research Council between 1981 and 1982 uncovered unsettling news for patients taking benzodiazepines, especially long-term. Not only was dependence a serious concern (benzodiazepine deaths have skyrocketed in recent years[9], but CAT scans of patients taking benzodiazepines were showing abnormal, harrowing results[10]. Of course, these findings would be buried and hidden away until finally being leaked to the public in 2010 through the media[11].

Between 1996 and 2013, benzodiazepine prescription increased nearly 70%[12] and a growing number of people became dependent on these medications, exposing themselves to an unforetold number of risks. Studies funded by the maker of the drug have disclosed side effects (that affected more than half the patients involved) that were either ignored or widely diminished, including sedation, ataxia (uncoordinated movement, usually resulting from neurological damage), fatigue, and even ventricular enlargement[14]. One of the scariest aspects of benzodiazepine use? It may be impossible to stop. Studies have concluded that after more than a few weeks of treatment, it is extremely difficult to discontinue benzodiazepine therapy, because of physical and psychological dependence[15].

Commonly referred to by those in the medical industry, cancer survivors, and cancer families as “Chemo Brain”, the harmful effects of chemotherapy on the brain are pretty widely recognized. Toxic to healthy, non-cancer cells of the patient, chemotherapy makes a harsh attempt to try and destroy tumor cells, while also wreaking havoc on the entire body. And, while people who turn to chemotherapy think they’re facing a death sentence without it, chemotherapy is often successful less than 20% of the time. The American Medical Association says that there is no way to prevent or treat the condition, and that chemo brain symptoms often include a feeling of “brain fog”, difficulty with new learning, taking longer to complete tasks, trouble multitasking, and difficulty finding the right word[16]. Neurotoxic complications are often recognized by treating physicians, and this is one of the most common reasons for limiting the dosage of the therapy, as they tend to happen frequently. These complications range from mild cognitive deficits, like those explained by the JAMA Network, to widespread brain inflammation, aseptic meningitis, dementia, and coma[17]. 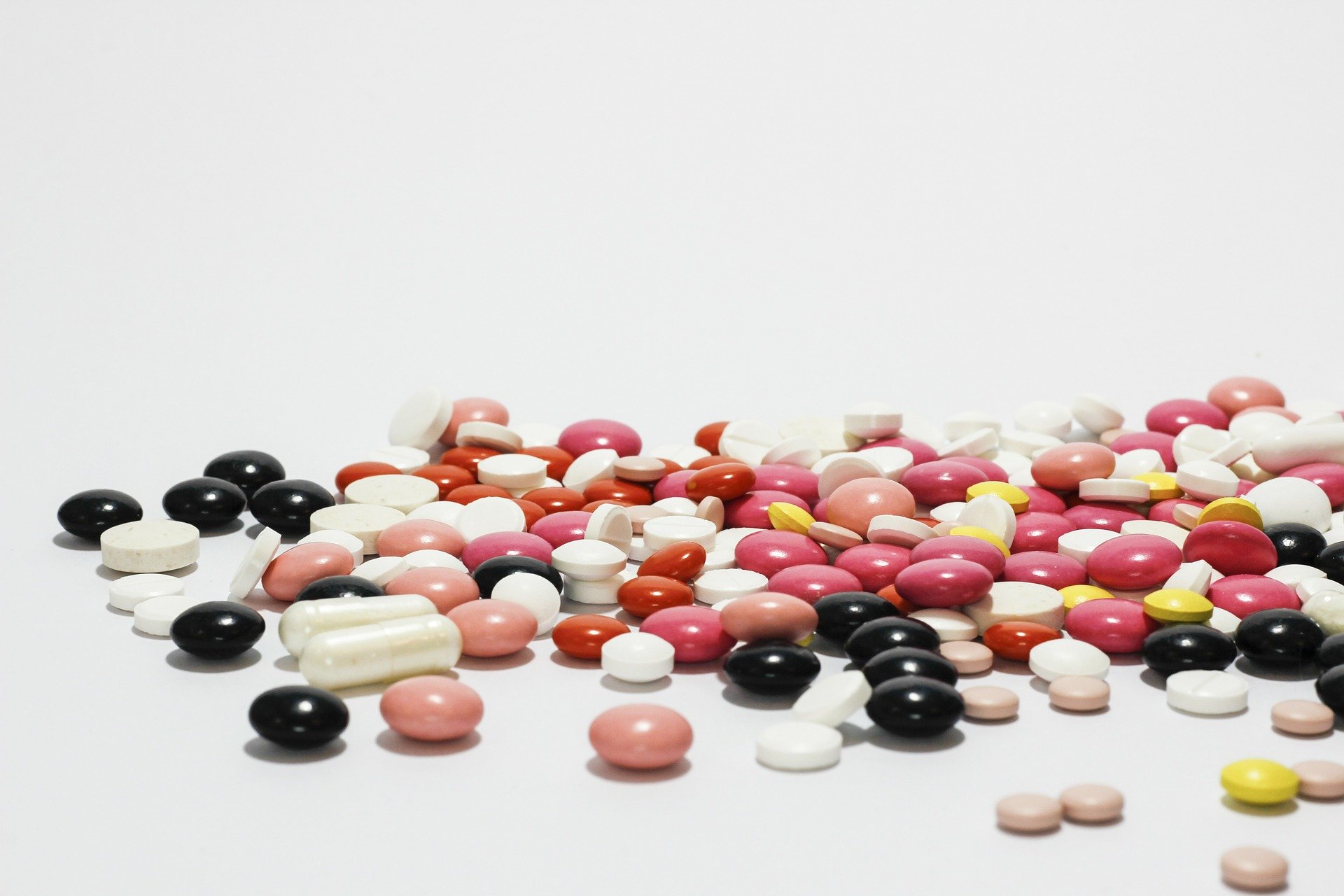 With the turn of the millennium, antidepressant use skyrocketed in the United States, and prescription rates increased nearly 400% between 1994 and 2008[18]. They were the third most commonly prescribed drug in those years, with women still being more likely to take them. Many of these drugs, like Zoloft and Prozac, have become household names – but most are not informed of the very real risks they carry, especially for the brain. The majority of patients take these drugs for more than two years, but evidence has surfaced revealing that brain architecture is altered mere hours after taking the first dose[19]. Scans taken three hours after the first dose of an SSRI antidepressant (like Lexapro or Paxil) showed reduced blood-oxygenation in certain structures of the brain, reduced functionality of the brain, and even neuronal damage. This damage even causes mature neurons to “revert back to an immature state”, and this can lead to developmental problems, romantic and sexual problems, and an increased risk of bleeding, stroke, and even death in certain populations. In fact, some researchers have even concluded that antidepressants generally do more harm than good[20].

In 2004, it was required of all antidepressant manufacturers, by the FDA, to include a black box warning on their package inserts “in order to call attention to an increased risk of suicidal thoughts and behavior” in certain populations taking their drugs[21]. The worst outcome to depression is obviously suicide, and the fact that antidepressants increase the likelihood of suicide and suicidal thoughts is extremely concerning. Unfortunately, that’s not all they do though. Antidepressants have not only been known to worsen the long-term course of depression[22,23], but they can also lead to other issues like mania and psychosis[24], and bipolar disorder[25].

I don’t really hide my strong views on Tylenol, as I have done plenty of research to understand just how harmful it really is. Though it is most commonly recognized by its over-the-counter name, Tylenol, Acetaminophen is really the drug we’re going to be talking about – and it can be found in countless products, like Alka Seltzer, Nyquil, and Sudafed, and prescription medications like Tramadol, Lortab, and Oxycodone. There are approximately 28 billion doses of Acetaminophen sold per year in the US alone, and it is marketed to all populations, from the tiniest baby to the oldest person, to even women carrying an unborn child. But research is surfacing, slowly but surely, about the risks associated with this drug, and more recently attention has been brought to the true effects it may have on the developing brain.

Babies born to mothers who took Acetaminophen “long-term” (or, more than 29 times) during their pregnancy were found to have a 220% increased risk in being diagnosed with ADHD[26]. People immediately became skeptical when the findings first surfaced, but other studies have also reached the same conclusion: than an association does exist between gestational acetaminophen exposure and ADHD-like behaviors, use of ADHD medication, and ADHD diagnoses[27, 28, 29].

There are times when these medications may be necessary, but in order to play an active role in our health, in order to make an informed decision, all the information must be laid in front of you. And, in my experience at least, practitioners tend to paint a very biased picture of the medication, and side effects often aren’t discussed until the patient is experiencing them. The knowledge that some medications cause potentially irreversible damage to the brain has the ability to make or break a decision. Common medications, like Tylenol, often touted as extremely safe remain very regularly the reason why someone overdoses – because their danger just isn’t appreciated.

1. ScienceDaily Nearly 7 in 10 Americans are on Prescription Drugs
https://www.sciencedaily.com/releases/2013/06/130619132352.htm
2. JAMA Network Postmarket Safety Events Among Novel Therapeutics by the US Food and Drug Administration Between 2001 and 2010
https://jamanetwork.com/journals/jama/fullarticle/2625319
3. US DHHS National Action Plan for Adverse Drug Event Prevention

26. AAP News & Journals Prenatal Exposure to Acetaminophen and Risk of ADHD
http://pediatrics.aappublications.org/content/early/2017/10/26/peds.2016-3840
27. Oxford Academic Prenatal Exposure to Acetaminophen and Risk for ADHD: A Systematic Review
https://academic.oup.com/aje/advance-article-abstract/doi/10.1093/aje/kwy086/4980325?redirectedFrom=fulltext
28. NCBI Acetaminophen in Pregnancy and Future Risk of ADHD in Offspring
https://www.ncbi.nlm.nih.gov/pmc/articles/PMC4096264/
29. NCBI Use of Acetaminophen (Paracetamol) and the Risk of ADHD in the Offspring
https://www.ncbi.nlm.nih.gov/pubmed/27046315