Husband-and-wife research team, Dr. Stefano Montanari, and Dr. Antonietta Gatti have been investigating micro- and nano-particles, and their effects on human health, for decades. The duo has published hundreds of studies, many using their own electron microscope, linking nano-particles to many different health issues and disease. These particles; found all throughout pharmaceuticals and the environment, have been documented as health hazards, contributing to miscarriage, fetal malformations, and the development of cancer[1,2,3].

The two are very well-versed in their field, with Dr. Gatti being recognized by the Food and Agriculture Organization and the World Health Organization as an expert in nanotechnologies, responsible for several research contracts with various universities, and a member of the European Scientific Commission on Medicinal Products and Medical Devices[4,5]. Gatti has been in charge of the laboratory where she and her husband conduct their research, the Laboratory of Biomaterials at the University of Modena for over 30 years[6].

So it really came as a surprise when, on February 22, 2018, Gatti’s laboratory was raided by the Finance Police on the accusation of a scam related to their electron microscope[7]. Every inch of their home and lab was searched, and data, computers, and paper documents seized, with no word on their possible return. This raid came just days before Gatti was scheduled to address the courts in Lanusei with the findings in seized documentation, and during a time period where the couple had a full schedule of conferences and teaching events planned. And, with all copies of their materials taken, the pair would be forced to cancel their schedule.

This raid was the icing on the cake of a year full of being the receivers of several attacks and criticisms after, in January 2017, the pair published groundbreaking findings regarding the safety of vaccines. For the first time in history, Stefano and Antonietta discovered the presence of several contaminants in 43 of 44 vaccines tested, including iron, chromium, lead, and titanium[8,9]. These findings were published in the 4th Volume of the International Journal of Vaccines and Vaccination, and they stirred the world discussion on vaccine safety.

The research team carefully selected 44 popular vaccines that are administered, primarily to children, worldwide, and truly were ‘baffled’ at the unusual chemical compositions they found. They identified the presence of “inorganic, foreign bodies” in every sample tested, that were never listed or identified on the leaflets or package inserts. “We did not mean to discredit vaccines” Dr. Gatti stated, “we simply reported our data.” And, the data spoke for itself. The contaminants that were identified are bio-persistent, and not easily broken down. They can induce unwanted side effects that may be noticeable immediately after injection or “after a certain time from administration.”

Iron contaminants, for example, first must corrode, and this corrosion exerts a toxicity that affects surrounding tissues and could “heavily impair muscle functionality. Given the contaminations they observed, the scientists determined that adverse effects “after the injection of those vaccines are possible and credible”, and that it was “only obvious” that these foreign bodies can have “a more serious impact on very small organisms like those of children.” 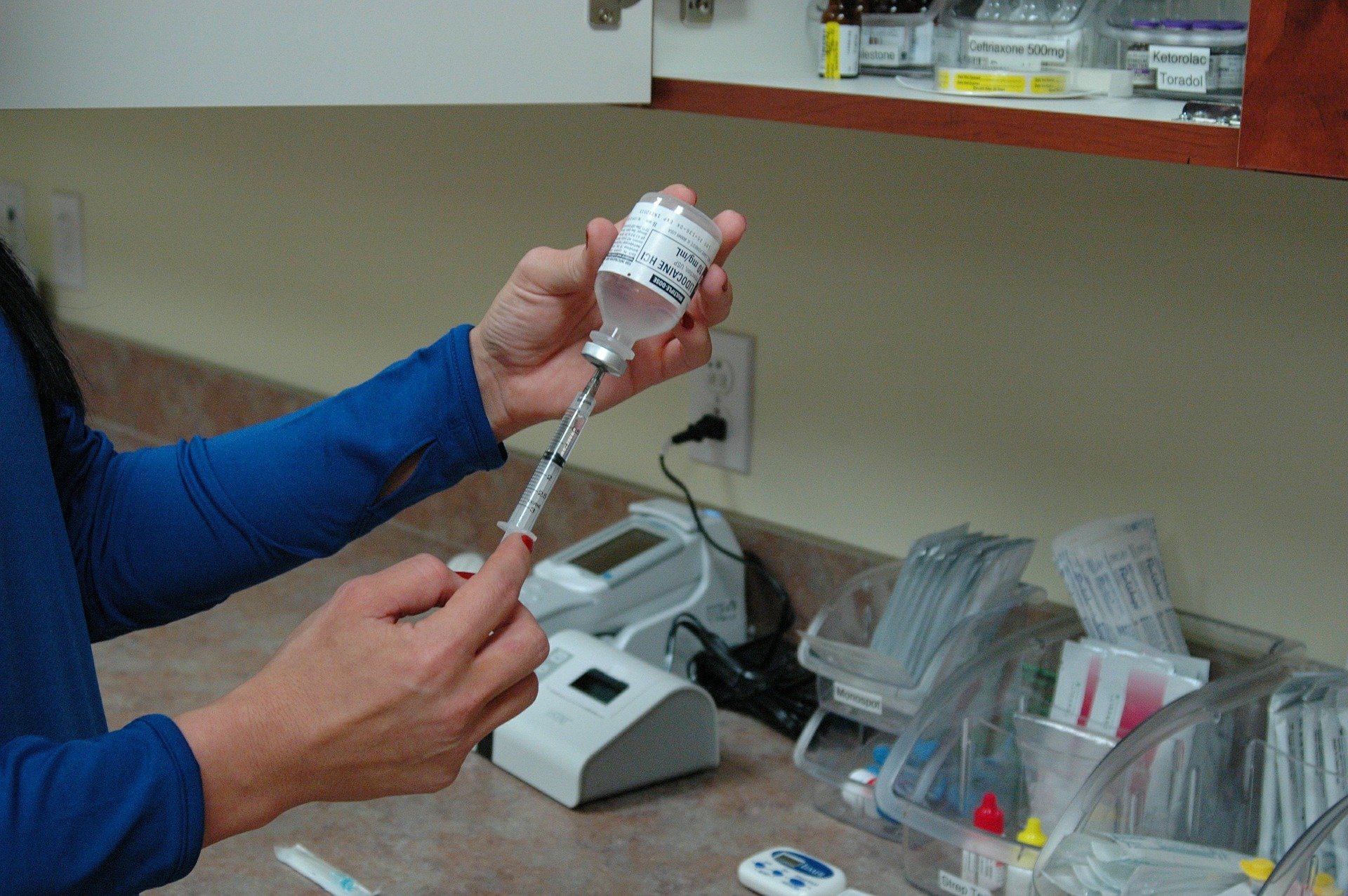 Which Vaccines Were Tested?

Used in the US: No
Contaminants Identified: Aluminum
Ingredients Listed: Yes
Number of unreported contaminants: 0

Aluminum is identified in the package insert[10].

For use against typhoid fever for those two years of age and older, and is often recommended for travel[11]

Used in the US: No – often given in Italy
Contaminants Identified: Iron, Aluminum, Zinc Suflide, Barium
Ingredients Listed: No
Ingredients list not found

Used in the US: No – often given in New Zealand
Contaminants Identified: None
Ingredients Listed: N/A

Vaccine used against diphtheria, tetanus, and pertussis. Is routinely given at 2 months, 4 months, 6 months, 15 months, and 4-6 years old [22]

Six-in-One combination vaccine used against diphtheria, tetanus, pertussis, polio, hep B, and Hib. Is routinely given at 6 weeks, 3 months, and 5 months [23]

Vaccine used to prevent typhoid fever in children and adults [25]

Combined vaccine used against measles, mumps, and rubella. Is routinely given at 12 and 18 months old [27]

Vaccine used against Hepatitis B. is routinely given at birth, 2 months, and 6 months old [28]

Live virus vaccine used against Varicella (chickenpox). It is routinely given to children 9 months and older – 2 doses are administered six weeks apart [29]

Vaccine used against the flu. It is routinely given one or two times per year in people six months and older [31]

Vaccine used against HPV. It is routinely given in a 3-dose series starting at 9 years old [32]

Vaccine used against diphtheria and tetanus for children and adults. It is routinely given in a 3-dose series starting at 6 years old, and a booster is recommended every 10 years [33]

Vaccine used against meningitis. It is routinely given at 2 or 4 and 12 months old [34]

Vaccine used against the flu. It is routinely given annually in people over 6 months old [37]

Vaccine used against the flu. It is routinely given annually in adults 65 and older [39]

Vaccine used against meningitis. It is routinely given in a 2- or 4-dose series beginning at 2 months [40]

Vaccine against meningitis. It is routinely given at 2, 3, and 4 months old [42]

Vaccine against influenza. It is routinely given annually to people 6 months and older [44]

Live vaccine against yellow fever. It is most often recommended for travelers [45]

Vaccine against HPV. It is routinely given in a 3-dose series beginning at 9 years old [46]

Combined vaccine against diphtheria, tetanus, pertussis, and polio. It is routinely given at 3-4 years old [47]

Combined live-virus vaccine against measles, mumps, and rubella. It is routinely given at 12 months old [48]

After documenting their findings, the scientists reminded that “particles are bodies foreign to the organism and they behave as such.” It is for this reason that they induce an inflammatory response that can be carried by the blood circulation to an organ or the microbiota. the terrifying reality is, we are still only beginning to understand the known vaccine ingredient risks to human health, and if these hidden ingredients aren’t even being reported, catastrophic damage is being done. A further purification of vaccines could “decrease the number and seriousness of the adverse incidental effects.”

6. The International College of Fellows of Biomaterials Science and Engineering Antonietta M. Gatti